[Mobility Inside] How Semiconductors Let Vehicles See, Hear and Think

Early last year, news that a global semiconductor shortage would slow automobile production until the end of 2021 hit the front pages of every business daily. In the background, major car makers were scrambling to secure their share of semiconductor chips but, despite their best efforts, around 670,000 cars worldwide were tied up at the production stage in the first quarter of 2021 alone – according to UK-based market research institution IHS Markit.

So, the question lies: “Why are semiconductors so important for car manufacturing, and what role do they play in vehicular support?” In this episode of Mobility Inside, we’re going to answer these questions.

Automobile semiconductors determine a car’s computing capabilities. Simply put, they act as the vehicle’s brain to power it and all its electronics, like the in-vehicle infotainment (IVI) systems, digital cockpits and much more.

Throughout the 20th century, automobile innovation mainly focused on precision engine technology, cutting-edge gearboxes and power systems, which is how global car manufacturers led the Industrial Revolution utilizing such technologies.

However, the cars of the past pale in comparison to today’s cars which have transformed into computers that implement information technology to communicate with other vehicles and provide displays for various forms of entertainment. In other words, the software controlling the car’s hardware has become a core component of the modern vehicle, and this software can only be improved with a semiconductor boasting next-generation computing capacity.

When asked to describe their image of a futuristic car, many will probably come up with some form of electric vehicle (EV). And, although it’s impossible to predict the appearance of vehicles in the decades to come, we can safely say they’ll still be powered by semiconductors. In the near future, the definition of the car will transcend ‘a means of transport’ to incorporate it’s use as an entertainment device or even a mobility home that takes you from A to B quickly without harming the planet.

In the case of autonomous vehicles, built-in artificial intelligence (AI) utilizes a system of cameras and sensors positioned on each side to analyze traffic, distance and more, so it can safely drive itself without hitting other cars or objects. Without semiconductors, this would be impossible as they allow the AI to conduct all the necessary calculations and analysis to ensure complete driving autonomy.

Self-driving cars can instantly identify and process precise information on their surroundings, like people, objects, roads and buildings, which they then share with other vehicles and systems. With self-driving cars and road conditions constantly changing, we need powerful automobile semiconductors to process large amounts of constantly changing data. These innovative chips use image sensing to create stability along with exceptional autonomous driving experiences.

Environmentally friendly vehicles that aim to cut gasoline and diesel fumes are equally reliant on electronic systems, since these vehicles have built-in electric systems that are unable to function without the semiconductors that control the entire cockpit.

Let’s move on to the unique characteristics of automobile semiconductors.

Non-memory semiconductors are not solely used for automobiles either, but are used in various everyday IT devices, like home appliances, 5G smartphones, game consoles and graphics cards. Demand for these devices and automobiles has grown exponentially thanks to the contact-free boom created by the global pandemic. However, this presents an unprecedented challenge for semiconductor manufacturers to keep up with the massive influx of sales.

3. Difficulty to Produce on Command

It typically takes around 6 months to make and deliver automobile or non-memory semiconductors, as they require sophisticated technology and significant time set aside for quality control – thorough inspections to guarantee the quality, facility investment and design capacity.

With this in mind, car manufacturers are working tirelessly to ensure the stable production of semiconductors. They are boosting contracts and relationships with manufacturers and carrying out M&As and collaborations with promising autonomous vehicle tech startups, global companies with proven semiconductor systems and leading mobility firms. What’s more, companies are investing more in R&D so that they can patent their own secure automobile semiconductor technologies to gain a competitive edge.

LG is continuously striving to bring the future of mobility to your doorstep, so stay tuned to see what automobile technologies and software LG has in store for you! 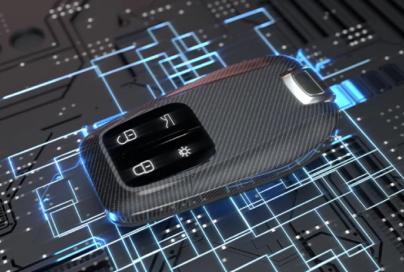 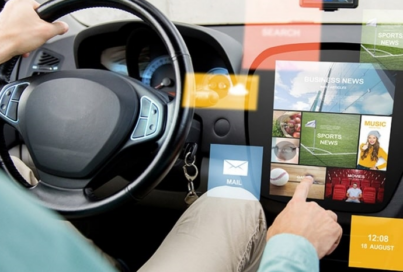 [Mobility Inside] A Paradigm Shift in the Automotive Industry: Over-the-Air