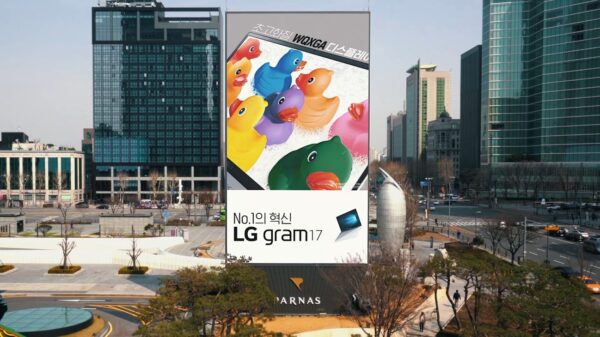 Whether at home, in a shopping mall or out on the street, big screens always attract a lot of attention. A prime example of this comes from LG Electronics’ Business Solutions Company, which recently installed its new extra-large, high-definition LED digital signage on one of Seoul’s most bustling streets in Gangnam. 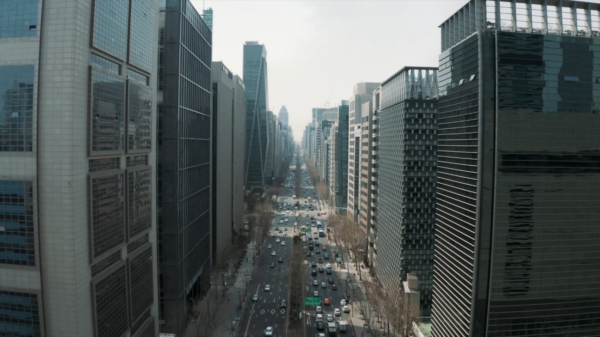 Running through the center of the iconic district, Teheran-ro (“ro” meaning “street” in Korean) is often referred to as the local version of Times Square due to the abundance of state-of-the-art screens displaying advertisements of every brand imaginable. Designated as a free outdoor advertisement zone by the government, the street acts as something of a public arena where major entertainment houses, clothing brands and corporations vie for the attention of the estimated 100,000 pedestrians who traverse its sidewalks every day of the week.

LG’s eye-catching LED digital signage solution is hard to miss. Two strikingly vibrant 10,000 nit displays – 21.8 meters tall by 12 meters wide – are embedded in a structure that measures an imposing 26 meters in height. The custom-built dual-sided display featuring pixels only 8.3mm apart is located in front of the one of the most well-known landmarks on Teheran-ro, the Grand InterContinental Seoul Parnas Hotel. 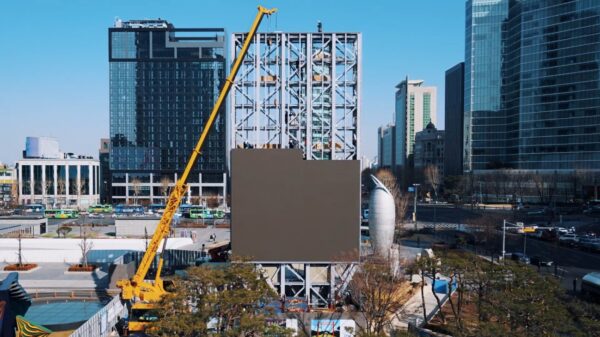 LG’s customized sign is a freestanding double-sided billboard, a rarity even in a city as fast to adopt new technology as Seoul. LG oversaw the entire project from start to finish, including the design and construction of the entire structure. And consistent with LG’s many other display products such as TVs, monitors and laptops, LG’s Gangnam LED digital signage features  extremely small bezels so that passersbys see only the stunning images displayed on the screen. 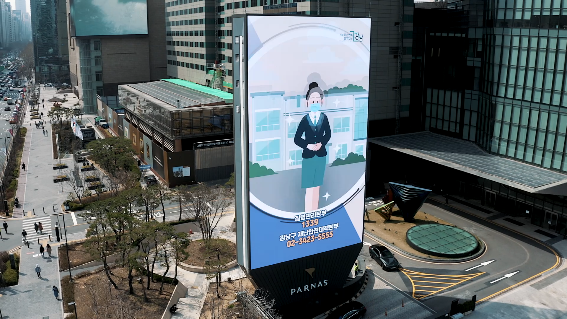 With the company’s outstanding display technology in the heart of famous Gangnam, LG’s immense commercial signage project is definitely hard to miss and hard to take one’s eyes off of. 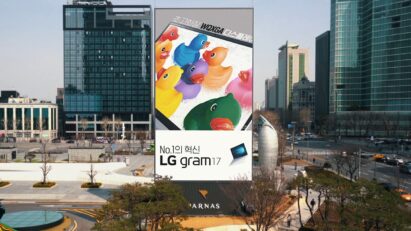 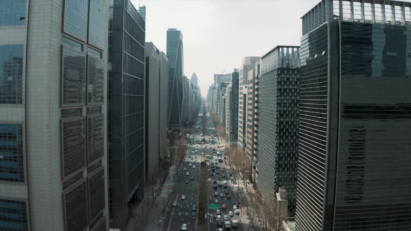 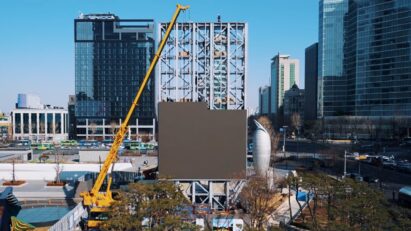 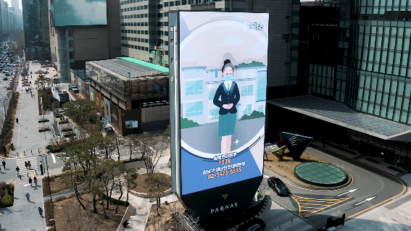 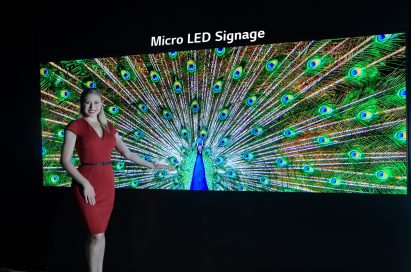