LG Electronics’ first ultra-premium SIGNATURE brand is gaining recognition across the globe from cosmopolitan consumers since its successful debut at CES 2016 in January.

Standing by the essence of each product, LG SIGNATURE has been committed to making life better for consumers offering the highest performance, minimal design, and innovative usability, aiming to embark on a global campaign and focus primarily on how it stands out from other brands. 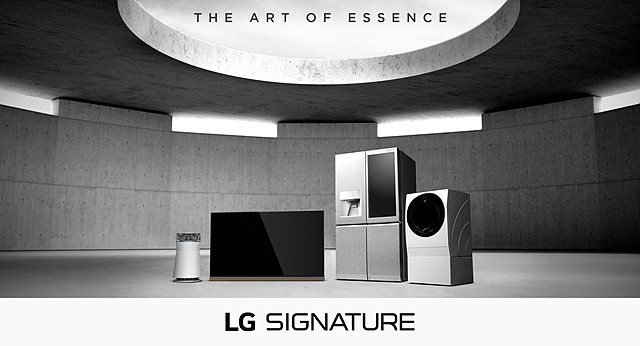 The following four cities: New York, London, Paris and Stuttgart are without doubt global centers of creativity. These fascinating cities are home to sophisticated people who crave the best in fashion, design, architecture, food, culture, and of course technology.

As part of the campaign, LG will unveil a new creative spot that compares the artistic qualities of LG SIGNATURE products with great works of architecture in the aforementioned cities. Under the unifying theme of ‘All Great Things are Alike. They are Built on the Essence,’ LG’s campaign brings together the idea that the best designed consumer electronics and appliances have many similarities with beautiful architectures.

“LG SIGNATURE IN THE CITY”

The founder of architecture and legendary designer, Hugo Alvar Henrik Aalto once said that “beauty is the harmony of purpose and form.” This impressive copy tells us to what extent architecture can be functional and beautiful by pursuing the art of essence.

The campaign captures the audience’s attention by boldly featuring consumer electronics and appliances in front of city landmarks. This composition creates a dramatic atmosphere, yet maximizes the aesthetic beauty of the products. The black and white image and melodious sound add classiness to the ultra-premium LG SIGNATURE brand. 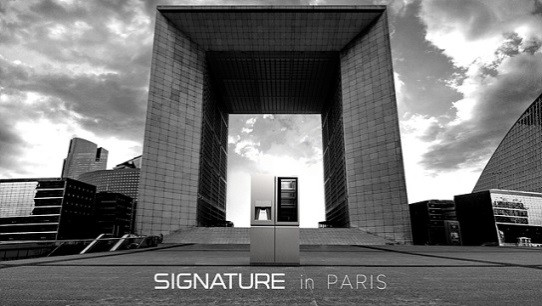 The Grande Arche is symbolic of Paris, both in name and reality. As one of Paris’s most recent contributions to the city’s collection of monumental architecture, the Grande Arche was erected in 1989 to commemorate the French Revolution’s bicentennial anniversary. It proclaims the importance of France’s financial capital La Défense. 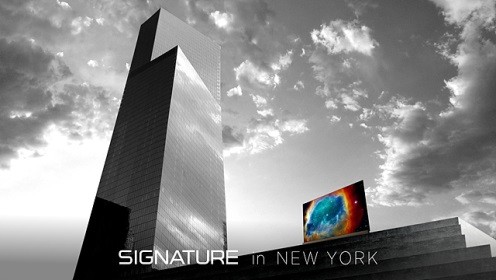 Opened to the public in 2014, Four World Trade Center is located on the original World Trade Center site. The full tower is wrapped in glass panels, making it seem like one giant piece of glass art. This is similar to the LG SIGNATURE OLED TV’s remarkable Picture-on-Glass design that mounts a super thin 2.57 mm OLED panel. 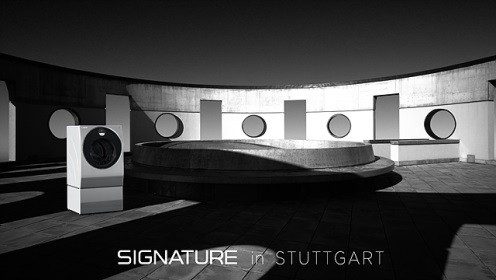 State University of Music and Performing Arts located in Stuttgart, widely known as the economic and cultural center of Germany, is designed by James Stirling, one of the most famous architects of the 20th century. This architecture resembles the LG SIGNATURE washing machine, which possesses timeless beauty and was virtually designed upon the motif of simple geometry, only adding a circular and two rectangular shapes. Using imagery of a ‘Moon Setting on the Lake,’ the LG SIGNATURE washing machine satisfies both innovative and emotional design. 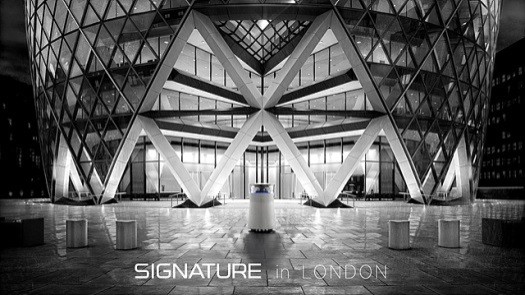 Overtaking the Tate Modern and British Museum, 30 St Mary Axe has become one of the most iconic structures in London. An instantly recognizable addition to the city’s skyline and due to its resemblance to a cucumber, 30 St Mary Axe is more often known as the ‘The Gherkin’. Designed by Sir Norman Foster, this building is London’s first ecological tall building. Features that help save electricity, as well as having a unique system for natural ventilation, and other sustainable air conditioning systems make it a perfect match for the LG SIGNATURE purifier. 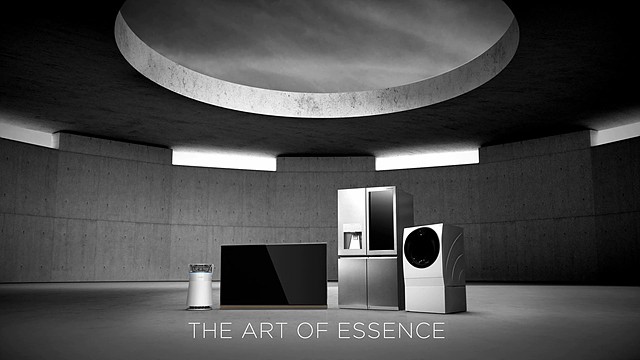 Under the umbrella theme of the Art of Essence, LG SIGNATURE enters into the world of sophisticated architecture of Metropolitan Cities.

With the commercial film, LG will also feature a series of high-profile launching events to be held in major cities across the globe with the aim of increasing brand awareness and illustrating technology and innovation alongside sophistication and class.

So, keep an eye out for LG SIGNATURE’s next global move. 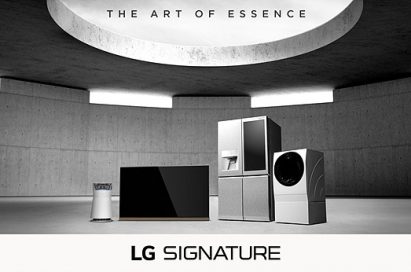 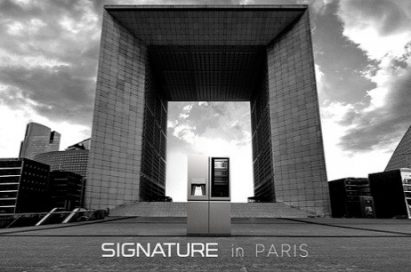 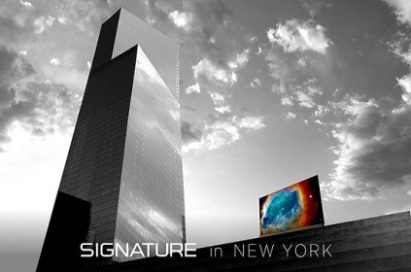 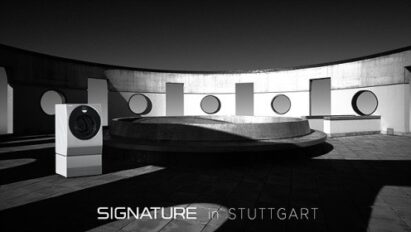 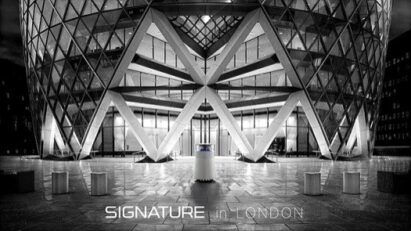 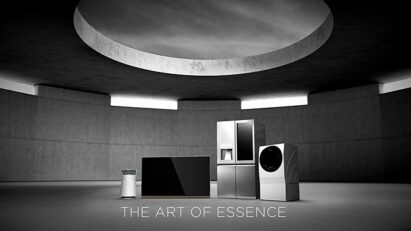