LG 4K OLED TV Crowned “King of TV” in the USA; LG Named
“Most Innovative Brand of the Year” at Plus X Awards in Germany

SEOUL, July 1, 2015 — LG Electronics’ (LG) Art Slim CURVED 4K OLED TV won the 11th Annual Value Electronics TV Shootout™ in a competition among four contending flagship ULTRA HD TV models from LG and other leading brands during CE Week in New York City. A week earlier, led by its lineup of OLED and ULTRA HD TVs, LG was awarded the title of Most Innovative Brand of the Year for a second time in a row at Plus X Award Night in Bonn, Germany.

The Value Electronics TV Shootout in USA is an annual event comparing the flagship TVs from major manufacturers to identify which provides the top in picture quality. The 65-inch class LG Art Slim CURVED 4K OLED TV (Model 65EG9600) was voted the top performing TV by both general attendees and a panel of expert calibrators based on several different picture quality attributes including black level, perceived contrast, color accuracy, and motion resolution, among others. The breathtaking picture quality of LG’s 65EG9600 beat out competitors’ best Ultra HD flat and curved TVs and was crowned King of TV for 2015.

LG’s CURVED 4K OLED TV combines the intense detail of Ultra HD with the superior contrast and rich, accurate color that only OLED can provide, to display what leading industry pundits have deemed the best picture ever. OLED’s revolutionary technology delivers an awe-inspiring picture with perfect blacks and incredible color, even from wide viewing angles. LG’s Art Slim design philosophy is a complement to any interior décor as the TV boasts an amazingly slim depth at only a few millimeters and a stylish, frameless design.

A few days earlier on the other side of the Atlantic Ocean, LG was the recipient of the prestigious Most Innovation Brand of the Year award at Plus X Award Night in Bonn, Germany. Now in its 12th year, the Plus X Award distinguishes sports and lifestyle products that are innovative, viable for the future and possess at least one “Plus X” factor that puts it ahead of the competition. LG’s display technology impressed the Plus X Award jury, in particular the 4K OLED TV (Model 77EC980V).

“For years LG has been at the forefront of innovations that demanded recognition from both experts and consumers, and industry recognition further validates our efforts, especially with 4K OLED TVs,” said Lee In-kyu, senior vice president and head of the TV and Monitor Division at LG’s Home Entertainment Company. “OLED TVs are a whole new standard in picture quality and when matched with Ultra HD technology, the results are simply astounding.” 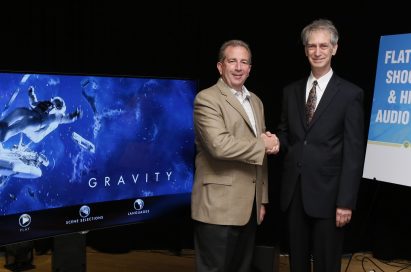 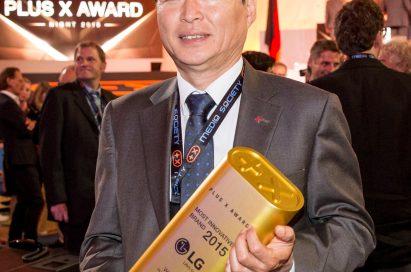