SEOUL, Nov. 28, 2013 — LG Electronics (LG) today announced the newest version of its popular Bluetooth stereo headset, LG TONE ULTRA (HBS-800). This feature-packed model is the worthy successor to the LG TONE (HBS-700/730), a top-seller with more than two million units sold since its introduction in 2010.

The TONE ULTRA was developed specifically to provide a superior audio experience with eyebrow-raising stereo sound. By adopting noise reduction – also known as ambient noise cancellation (ANC) – technology, the TONE ULTRA blocks out background noise, allowing the listener to focus on the music or conversation without distractions.

In fact, Golden Ears, an audio equipment evaluation site, rated TONE ULTRA highly for its impressive audio performance. Golden Ears remarked that among the myriad of wireless earphones on the market, TONE ULTRA was its top choice for “providing a perceptibly improved audio experience.”

And LG’s unique around-the neck design has also been improved in the TONE ULTRA. By adopting the ergonomic 3D Neck Behind design of previous models, TONE ULTRA is designed with comfort in mind. Earlier this year, TONE ULTRA received a 2013 Red Dot Design Award in recognition of the product’s ergonomics and aesthetic appeal. Judges were particularly impressed with the memory alloy, which allows the TONE ULTRA to return to its original form no matter how roughly it’s treated.

What’s more, TONE ULTRA can be paired with any Bluetooth-supported device, including smartphones, tablet PCs and laptops. A clever multiple access function allows two Bluetooth devices to connect to the TONE ULTRA simultaneously.

Both black and white versions of TONE ULTRA will be available in the United States and China by the end of the month. TONE ULTRA will roll out in parts of Europe, Asia and the Middle East throughout the month of December. 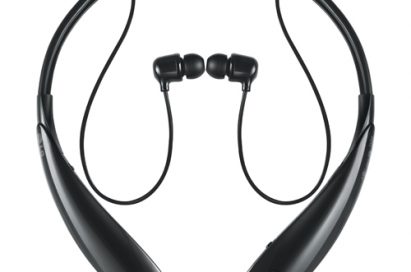 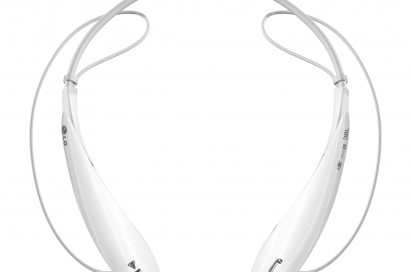