SEOUL, Dec. 20, 2011 –- LG Electronics (LG) is kicking-off a global video and storyboard competition to celebrate the launch of the KOMPRESSOR FOLLOW METM, the world’s first vacuum cleaner that automatically follows the user while vacuuming.
Participants are asked to submit a video or a storyboard that most creatively addresses the question, “What if the things that make your life easy were always with you?” Winners will have the opportunity to have their ideas used in advertising campaigns for the KOMPRESSOR FOLLOW METM next year or submitted to Cannes Lions, the most prestigious award competition for marketing and advertising ideas. Cash prizes totaling EUR 20,000 — the most of any competition currently featured on contest hosting website eYeka (www.eyeka.com) – will be given away.
“We are always eager to hear our customers’ ideas for LG’s newest products and this is simply our way of rewarding them for their loyalty,” said Moon-bum Shin, Executive Vice President and CEO of the LG Home Appliance Company. “That said, this is such a unique and different product that it really seemed like a shame to limit the marketing ideas to just internal staff.”
Those interested in participating in the contest should submit their entries by January 24, 2012 through eYeka. The website supports English, French, Russian and Korean languages. Initially, eight entries will be nominated by judges comprised of LG representatives and advertisement professionals, after which time the general public will select the four finalists through online voting at the contest’s Facebook page (www.facebook.com/theLGstory). Winners will be announced at the end of February.
Introduced in Korea in September, the KOMPRESSOR FOLLOW ME™ will be available in Russia, Iran, Australia, France, Italy and Spain early 2012 with other markets to follow.
# # # 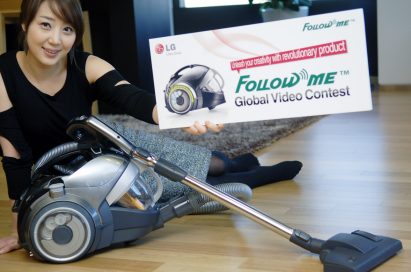 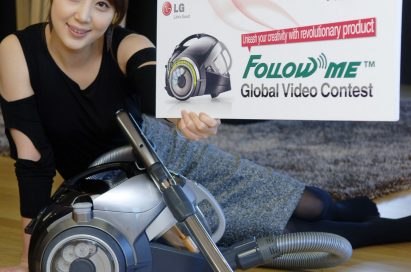 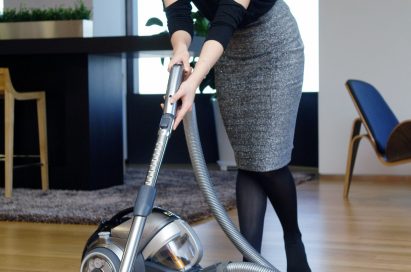