Consumers have always coveted the ability to communicate on the run, untethered by wires or cables. But who could have predicted that the smartphone of 2019 would also be the ultimate entertainment device, surpassing the desktop PC, the laptop and even the living room TV for entertainment value? What’s more, who could have imagined five years ago that the mobile phone could one day compete with dedicated gaming consoles as a gaming platform? After all, the global electronic game market is expected to grow to more than USD 180 billion by 2021 with mobile games making up the majority of this growth.* 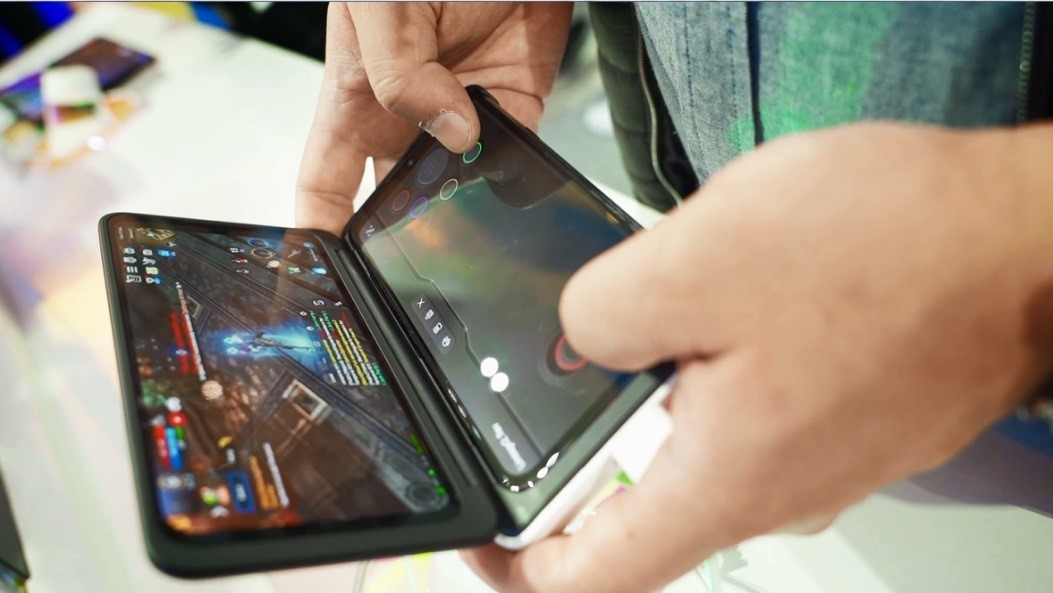 So it should come as no surprise that device makers are looking at this segment as a huge opportunity.

The upcoming LG G8XThinQ is the successor to the LG V50ThinQ and carries over its unique feature – a removable second display. In the V50ThinQ, LG Dual Screen provides a new level of on-the-go multitasking excellence while offering gamers the perfect platform for an enhanced user experience in mobile gaming. But with LG V50 only offered in 5G, the majority of the world never got a chance to experience LG Dual Screen.

With the LTE-capable LG G8XThinQ and Dual Screen consumers no longer have to be content gaming on PCs or consoles. Here are six reasons why the LG G8XThinQ is the perfect gaming device for today’s mobile generation: 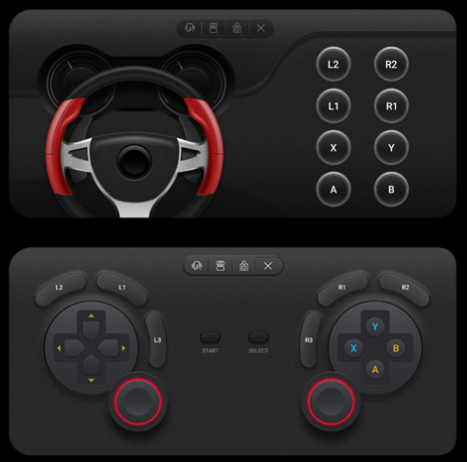 As one of the most compelling uses of the second display for gamers, the LG Dual Screen comes with a full-sized touchscreen controller. Users can take advantage of the LG Game Pad with any mobile game that supports an external controller in order to enjoy an unobstructed view of the main display and the action taking place on it. Users can choose from a range of configurations specialized for shooting, racing, action and sports or they can design their own game pad in minutes. 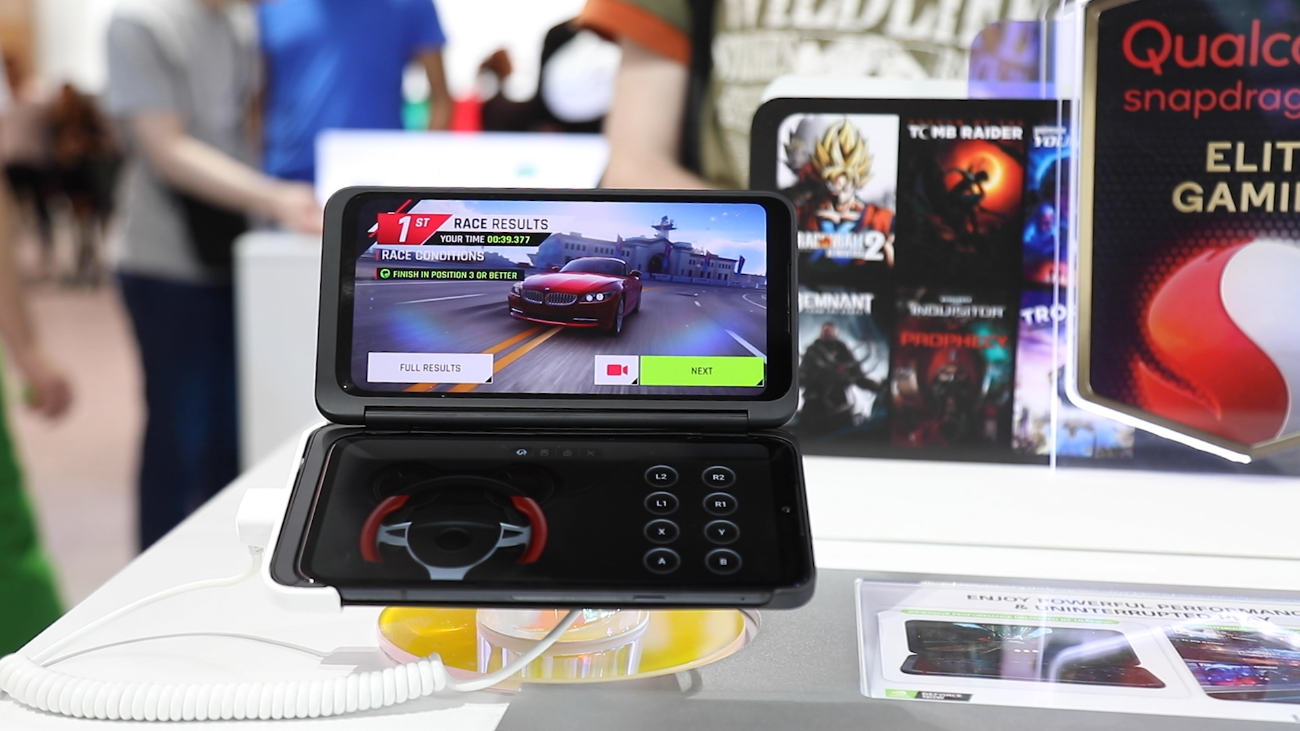 With the extra screen real estate and enhanced level of multitasking provided by the LG Dual Screen, gamers in need of tips to get through tough levels can pull up hint videos without missing a beat. With two displays, users can level up their gaming skills by keep the game in play on one screen while picking up tips from other players on the other screen. The Game Launcher app on the LG Dual Screen even includes a shortcut to YouTube’s Gaming Channel for faster access.

Users can stay in the gaming action even while chatting with friends or fellow gamers. Whether communicating with your team or texting friends or family, multitasking on LG Dual Screen is as easy as can be. No need to interrupt the game to respond to an urgent message. As far as your friends and family are concerned, you’re always connected! 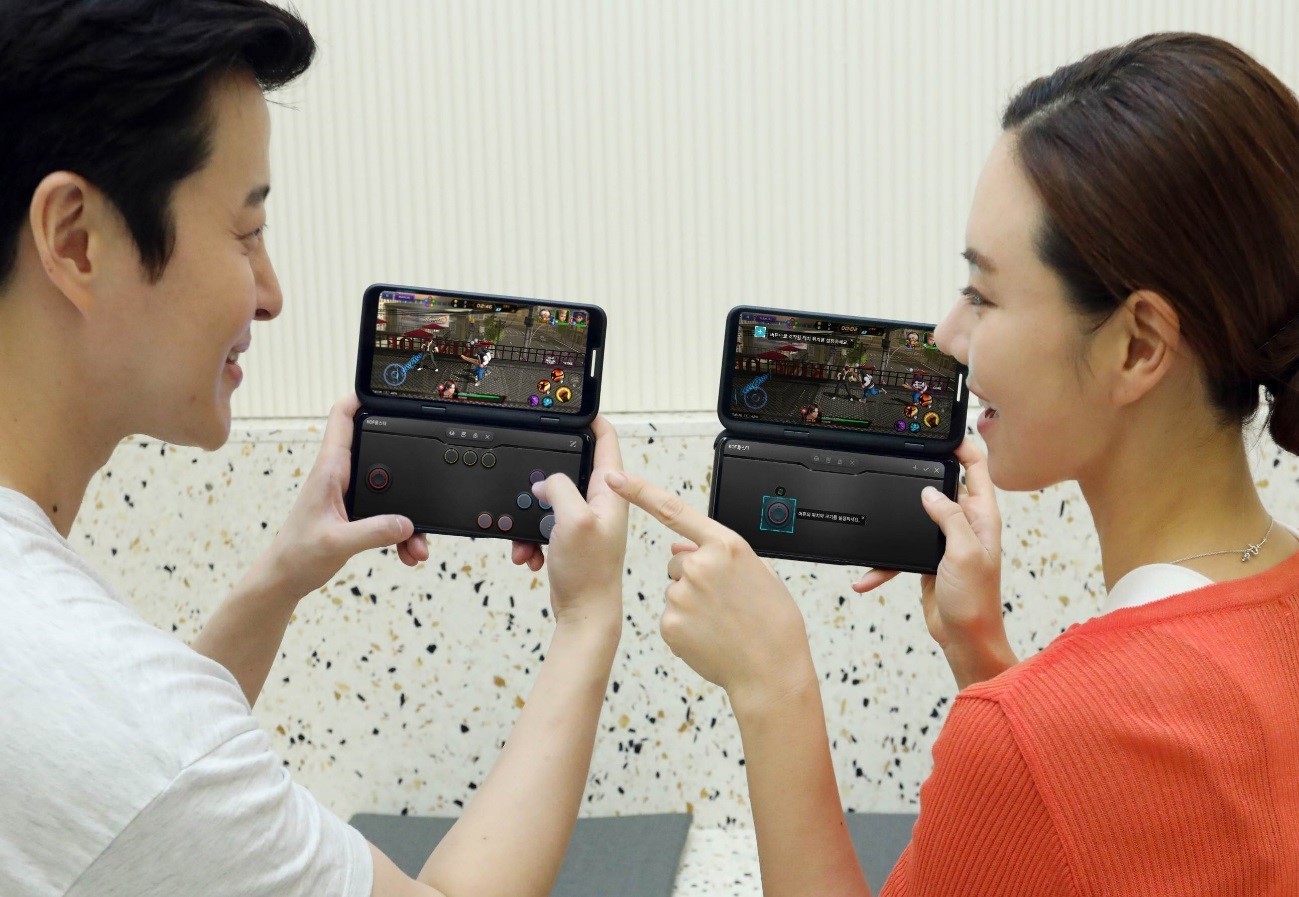 For gamers, details can mean the difference between glory and death. LG G8XThinQ offers the ability to make gamma correction on the display, which brightens the dark and shadowed areas in games and video without washing out the rest of the screen. So when your FPS character is navigating a pitch dark tunnel in the middle of the night, you won’t get caught off-guard by the enemy around the corner!

Long recognized for its high quality smartphone audio, LG doesn’t disappoint with its newest flagship device. With two 1.2W speakers on both ends of the display and 32-bit Hi-Fi Quad DAC tuned by Meridian Audio, LG G8XThinQ produces crisp audio that with a mesmerizing 3D effect. When gaming on LG G8XThinQ, spatial audio allows players to sense which direction the enemy is approaching from. 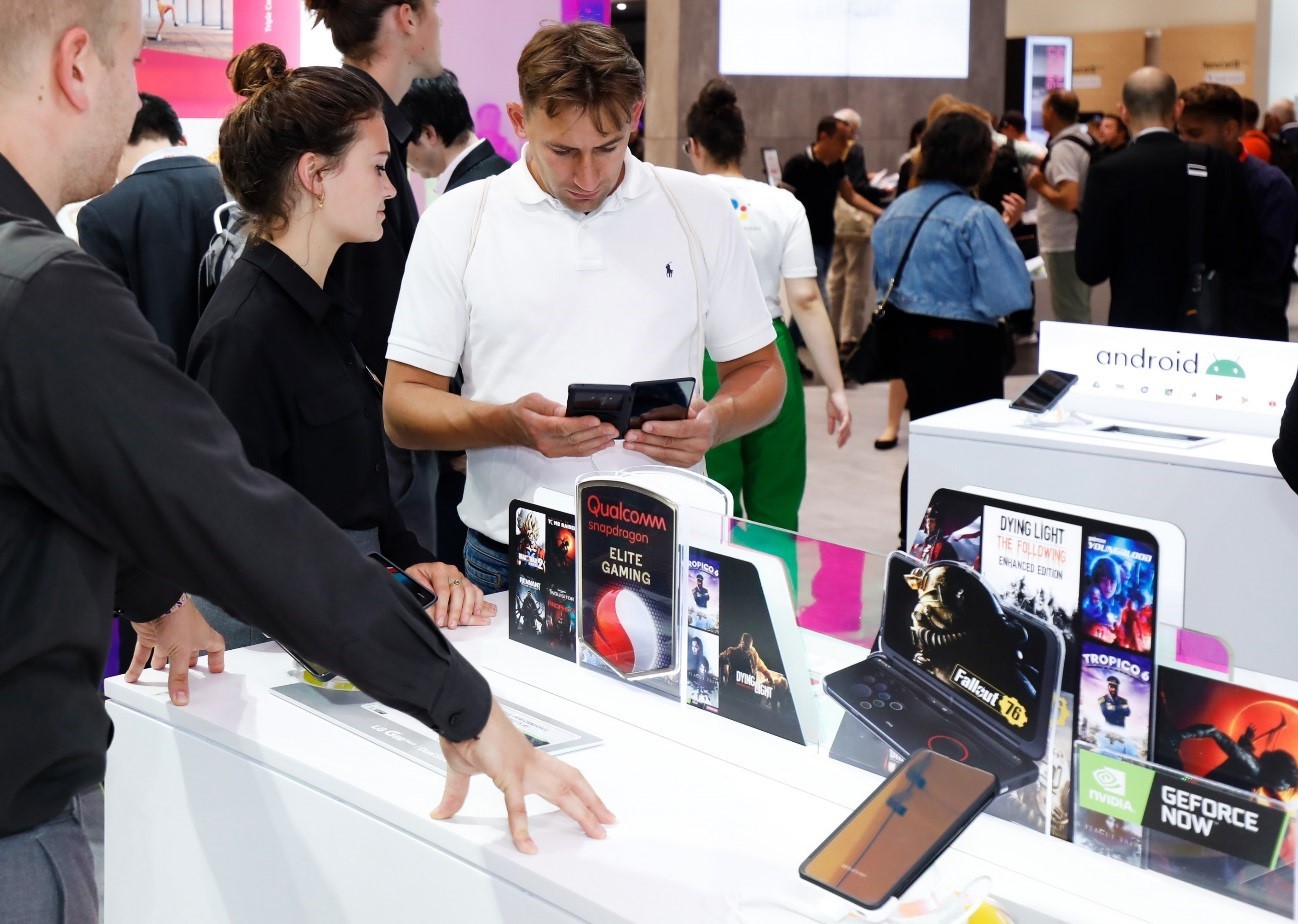 A great gaming smartphone needs the best chipset for seamless performance. The LG G8XThinQ is powered by the Qualcomm® Snapdragon™ 855 Mobile Platform, a high-performance processor that enables fast data transfer without latency or lag for streaming high quality content and for running multiple applications simultaneously on the LG Dual Screen. With the high practicality of the LG Dual Screen optimized for multitasking and backed by excellent hardware, the LG G8XThinQ is a smartphone that’s perfect for gaming.

*According to Newzoo, a leading analytics firm focused on games, esports and mobile. 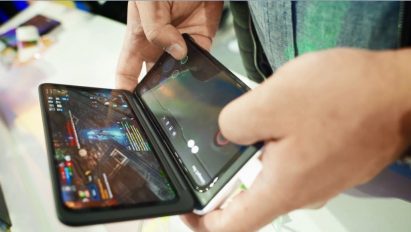 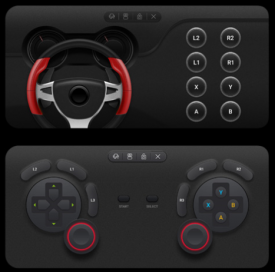 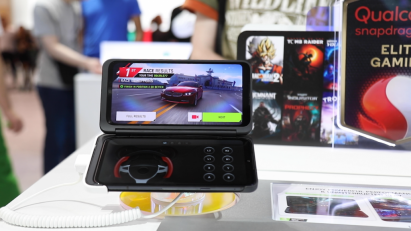 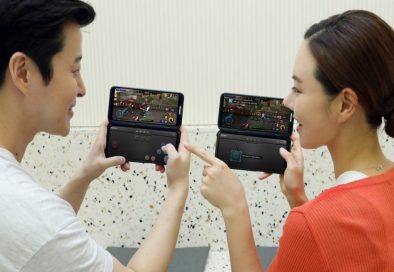 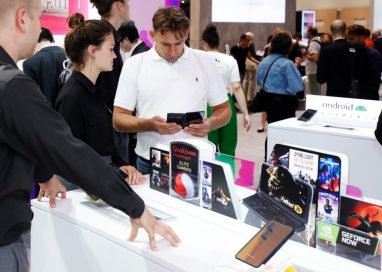