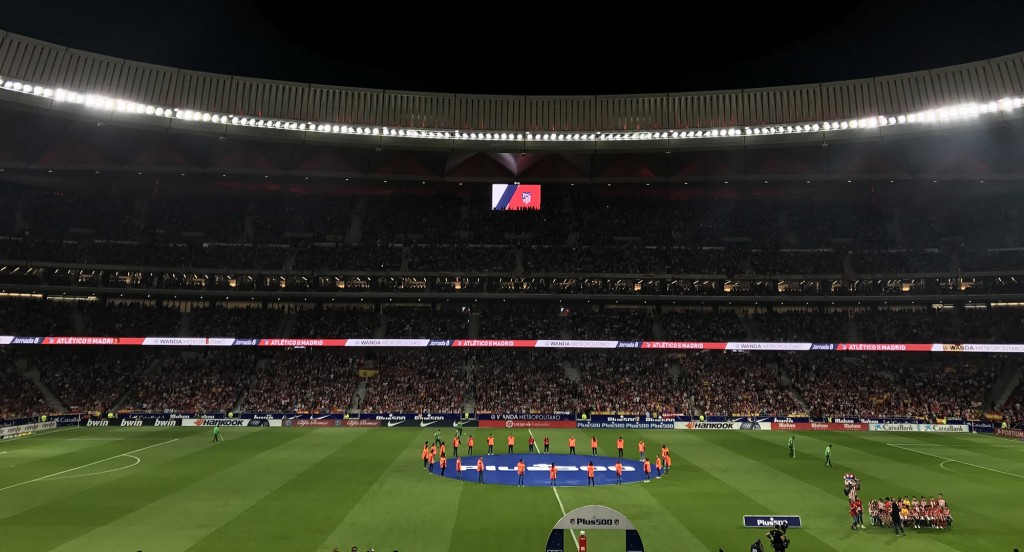 The winner of numerous titles in Spain and Europe since the club’s foundation in 1903, Atlético de Madrid wasn’t content with just any stadium. With an upgraded capacity of 68,000 spectators, the team wanted Wanda Metropolitano to set an example for modern sports arenas everywhere in delivering the benefits enjoyed by millions of home TV viewers. Now European football fans will be able to witness beautiful games like never before thanks to the partnership between LG Electronics and Atlético de Madrid. All the action will be clearly displayed on LG television and commercial LED displays visible from every corner of the modern 88,000 square meter stadium.

Two LED score boards measure 15.2m x 5.6m each and are comprised of one hundred 12mm pixel pitch LED tiles, while a third 10m x 5.6m scoreboard is made up of sixty-five 16mm pixel pitch LED tiles. A fourth scoreboard measuring 8.1m x 4.6m will be installed in the fan zone in the next several months. The scoreboards are capable of emitting and incredible 6,000 nits of brightness so every detail is clearly visible even under bright sunlight. All are controlled using LG’s distinctive color representation and processing technologies for maximum immersiveness.

For stadium operators, LG’s commercial LED displays deliver a competitive edge thanks to quick installation times, simple maintenance needs and operational efficiency. Attractive product offerings – such as the 16mm pixel pitch LED ribbon comprised of 720 tiles – provide a unique space for advertisers while also enhancing the fans’ experience with player stats and fight songs that are displayed between second and third levels.

“It has been a great experience working with Atlético Madrid, whose stadium presented an unique challenge and opportunity to demonstrate the benefits of LG’s advanced digital signage products,” said Kwon Soon-hwang, head of LG Electronics’ information display division. “Atlético de Madrid fans watching from the stands will have an excellent experience and plenty of memories to take home with them.”

“LG’s visually stunning displays fulfilled our need to make a qualitative and aesthetic leap for the new Wanda Metropolitano,” said Íñigo Aznar, Atlético de Madrid commercial director. “Thanks to LG’s technology, we are able to provide an enhanced visual and auditory experience to all spectators and club members coming to our brand new stadium, to experience live football matches, concerts or any other event.” 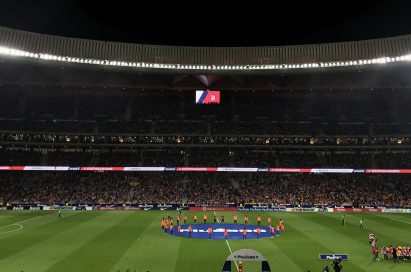 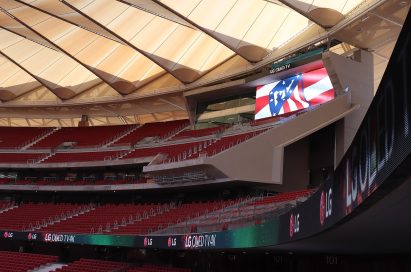 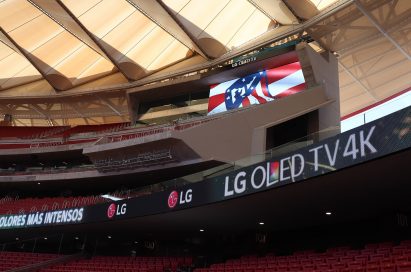