The past year has been a true coming-of-age moment for LG’s OLED technology, the most exciting since LG introduced the world’s first 55-inch OLED TV in 2013. More and more companies are jump on the bandwagon as OLED firmly establishing itself as the premier TV technology. At IFA 2017, a total of 13 different companies showcased OLED TV products, up from nine last year with LG leading the way with its elegant 2017 lineup. 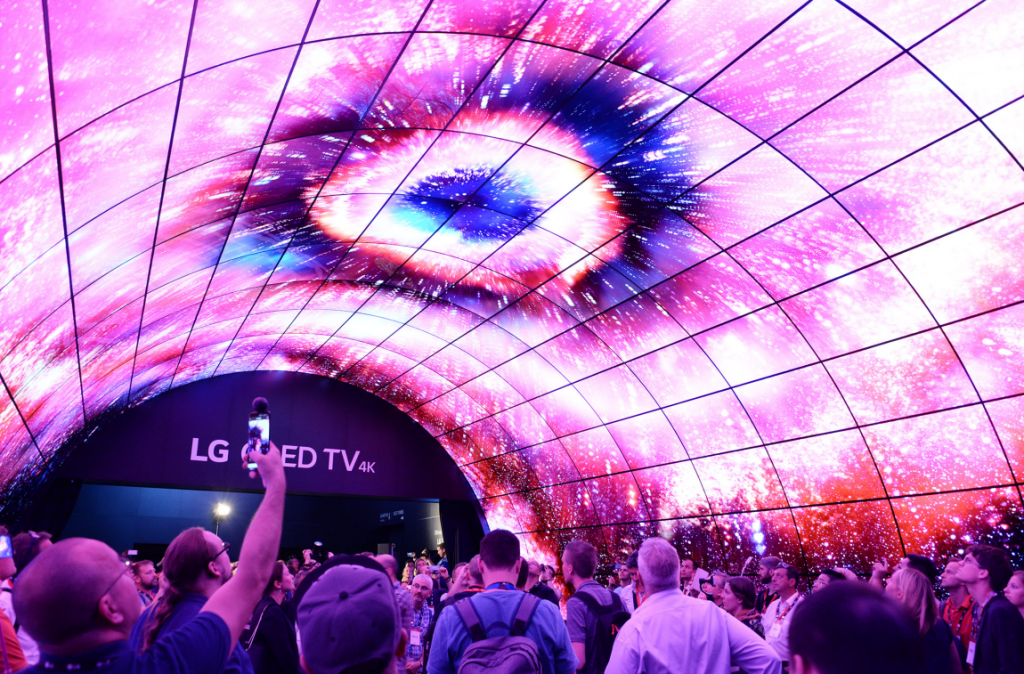 The entrance to LG’s booth at IFA 2017 was marked by a mesmerizing OLED tunnel. The tunnel made an impression on IFA visitors from all over the world with its ingenuity, scale and cutting-edge technology. Crisp images were displayed across the OLED screens that formed the tunnel while nearby speakers projected object-based Dolby Atmos sound. The inky blacks, infinite contrast and lifelike colors made possible by the OLED tunnel helped the technology make a name for itself in the high-stakes world of tech expos. LG’s booth also featured the award-winning wallpaper SIGNATURE OLED TV W which mesmerized visitors with its razor-slim profile and revolutionary Picture-On-Wall design concept, which makes the TV look like a window into another dimension. 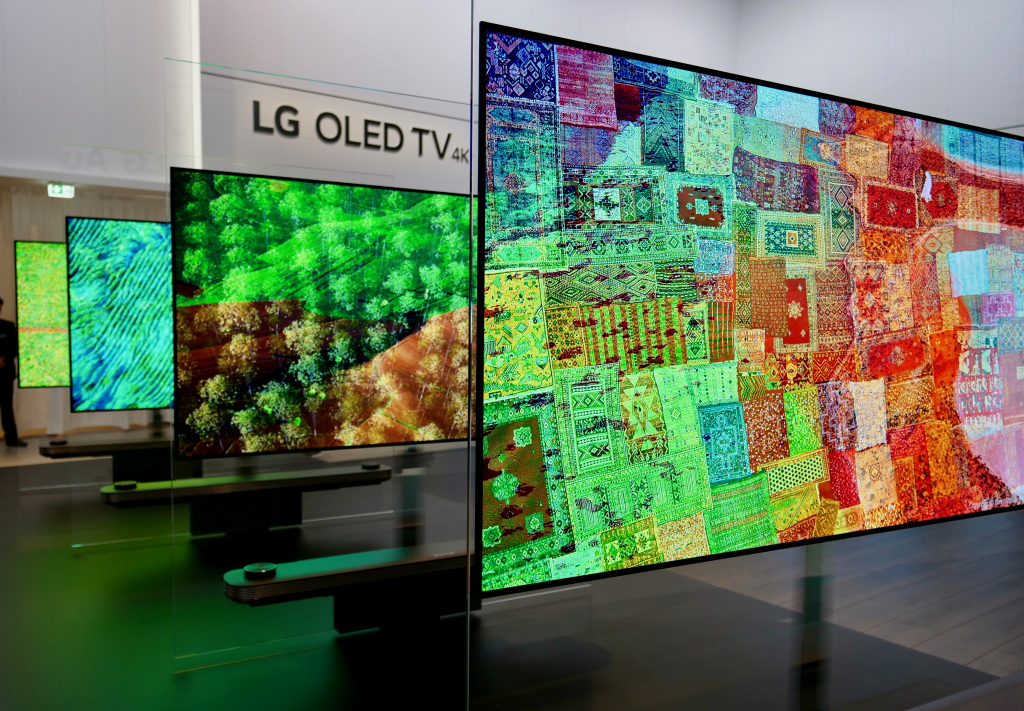 LG’s OLED TVs have grown, matured and come of age in a blisteringly competitive global premium TV market, and LG’s increasingly fortified position as the leader in OLED TV innovation has had a major impact on emerging technology trends.

LG has been both a pioneer and the undisputed leader in the OLED TV market. During the first few years, these innovative screens were originally seen by industry experts, TV reviewers and consumers alike as the future of TV. Since their introduction, LG OLED TVs have also continued to smash records. The format’s versatility and unrivaled picture quality have helped it receive numerous prominent awards and top marks in consumer reviews. 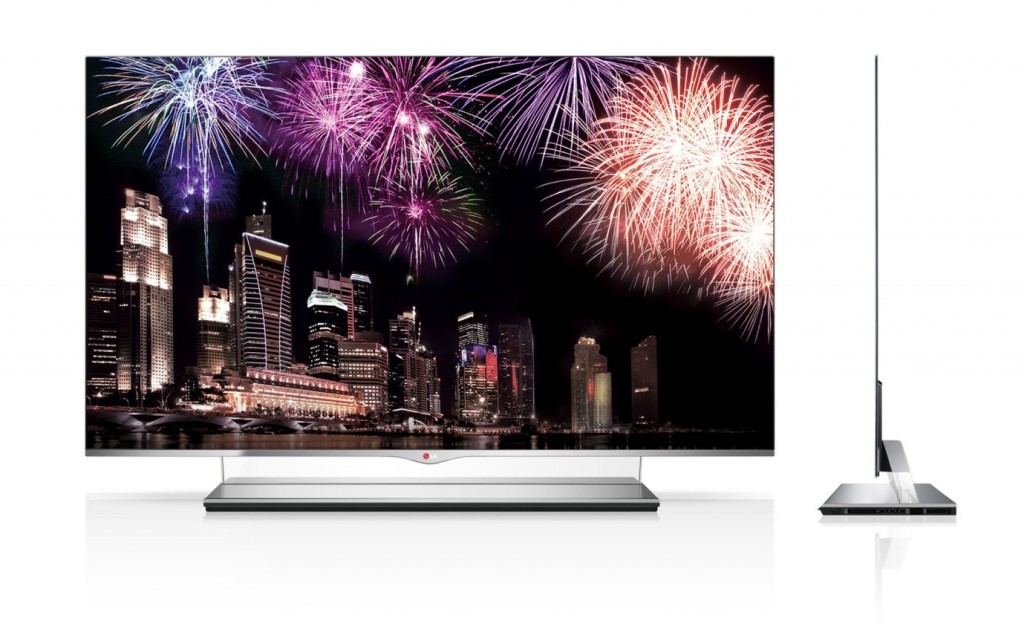 As advanced, new technology, early LG OLED TVs came at a relatively high price. Some industry pundits were skeptical as to whether OLED’s manufacturing requirements would discourage investment in the technology.

Early OLED TVs found a niche in the premium TV market and LG gained a reputation as an industry risk taker. This persistence and determination to bring consumers the best possible viewing experience soon paid off. LG was able to raise consumer awareness, enhance economies of scale to reduce OLED TV prices as well as diversify its OLED TV lineup in order to offer consumers a wider selection of screen sizes and designs. In relatively no time at all, LG had a hit on its hands. 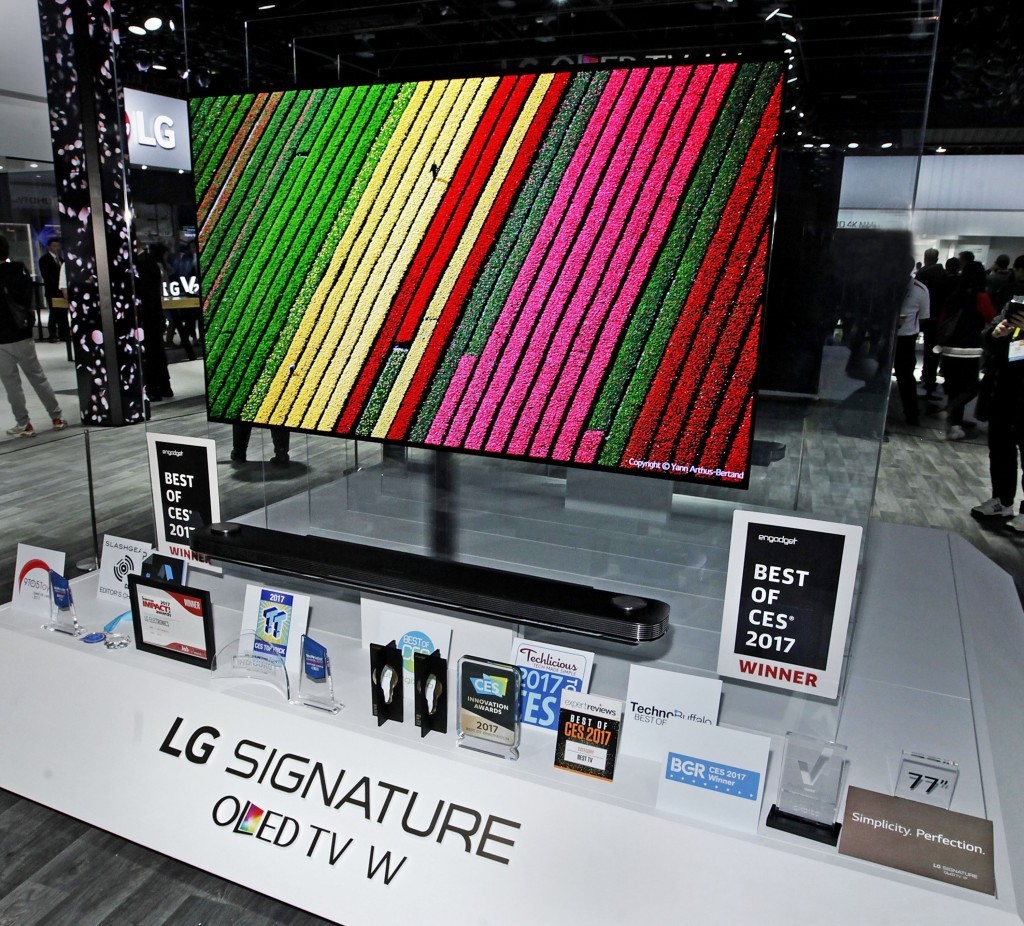 Every year, LG makes significant strides in OLED technology and continues to incorporate the most advanced features into its OLED TV lineup. This ongoing effort is made possible by LG’s never-ending campaign to streamline its manufacturing processes and slash production costs by investing in cutting-edge production facilities and expertly managing its supply chain. LG has also heavily invested in communicating how well equipped OLED is to meet consumer needs. These efforts have led to a wider base of consumers purchasing OLED TVs.

The media has also become more interested in OLED technology and this enthusiasm for LG’s OLED TV has spread beyond tech media to include consumer media outlets and consumer technology organizations. 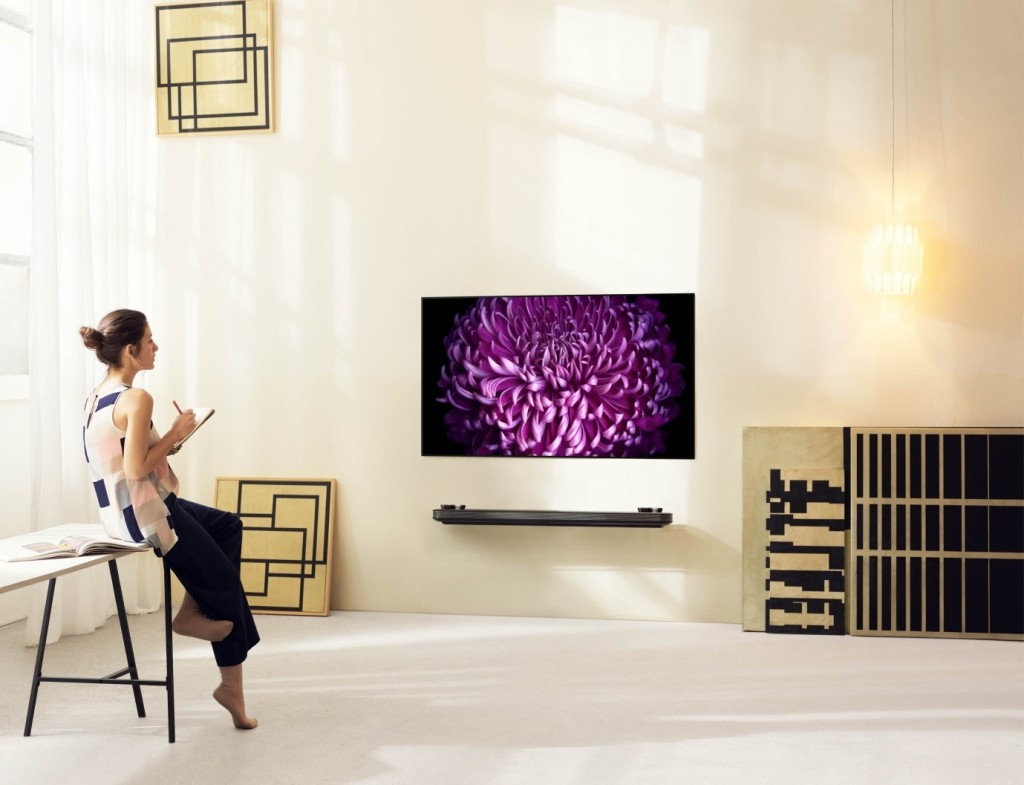 Four years after LG unveiled its first OLED TV lineup, the company views the growing competition as a chance to increase consumer understanding of the technology and a strategic opportunity to solidify its position at the top of the global premium TV market. The OLED TV segment already occupies a consistently increasing share of the global premium TV market and it is now easier than ever to buy an OLED TV at an attractive price.

An excellent example of the increased media attention for OLED can be seen in how LG’s 2016 and 2017 LG OLED TV lineups received praise not only from tech media but also from consumer media and lifestyle publications as well as other technology companies and major consumer TV shootout events. This year, LG OLED TVs bested all 200 competing TV products in review campaigns by receiving the highest ratings from the major consumer magazines in nine European countries – the UK, France, Germany, Spain, Italy, the Netherlands, Sweden, Belgium and Portugal. 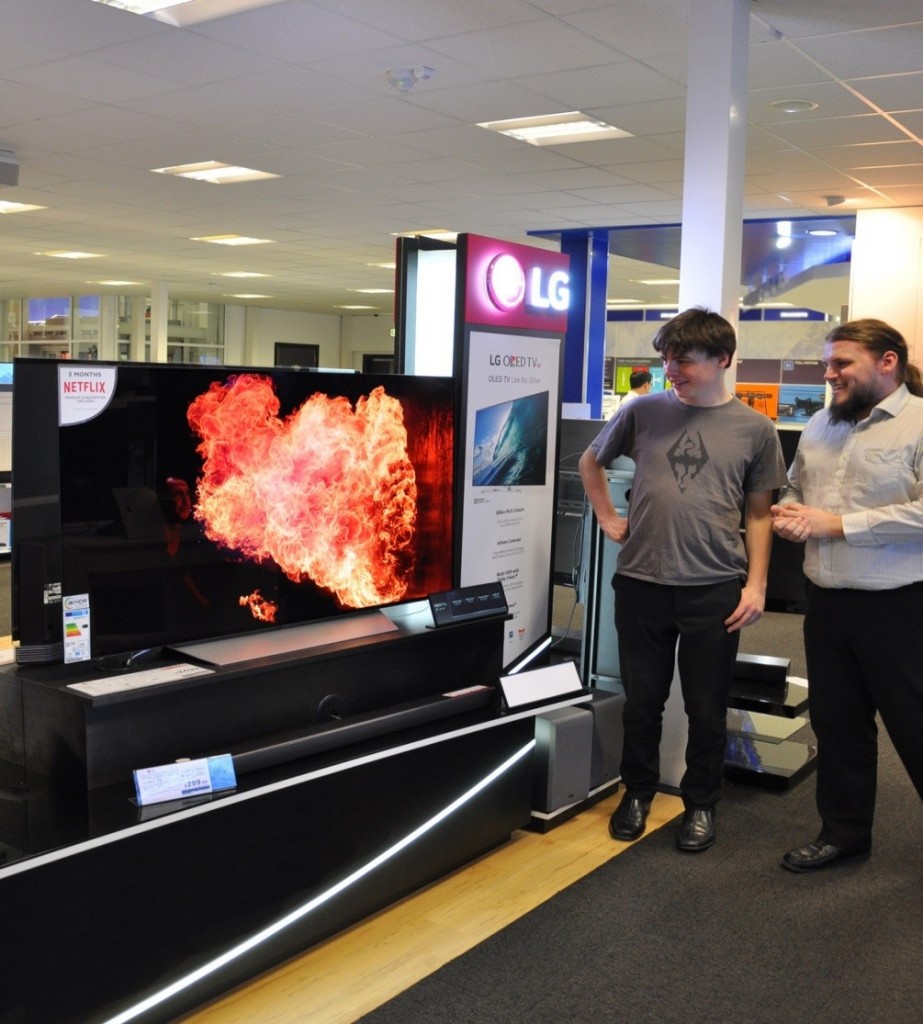 What’s more, a leading U.S consumer publication picked an LG OLED TV as the best TV in the market. Other models in the LG OLED TV lineup made many media’s Top Ten lists. These consumer-oriented magazines and organizations take into account picture, sound and smart features in order to help consumers make the best possible purchase. The limelight LG has received from these publications demonstrates that OLED has firmly established its spot in the hearts and minds of consumers, in addition to its prestigious position in the global TV market.

Earned a Place on Consumers’ Shortlist

Since their beginning, OLED TVs have always been considered the top option for delivering the best possible home viewing experience with their incredibly intense black and infinite contrast, due to capacity to control light at pixel level. LG has equipped its OLED TVs with the most powerful technologies while housing them in sophisticated, ultra-slim designs. This makes LG’s OLED TVs unmistakable, even in the increasingly crowded OLED market. Improving on an already exceptional product, the 2017 LG OLED TV lineup boasts nearly uniform picture and sound technology. 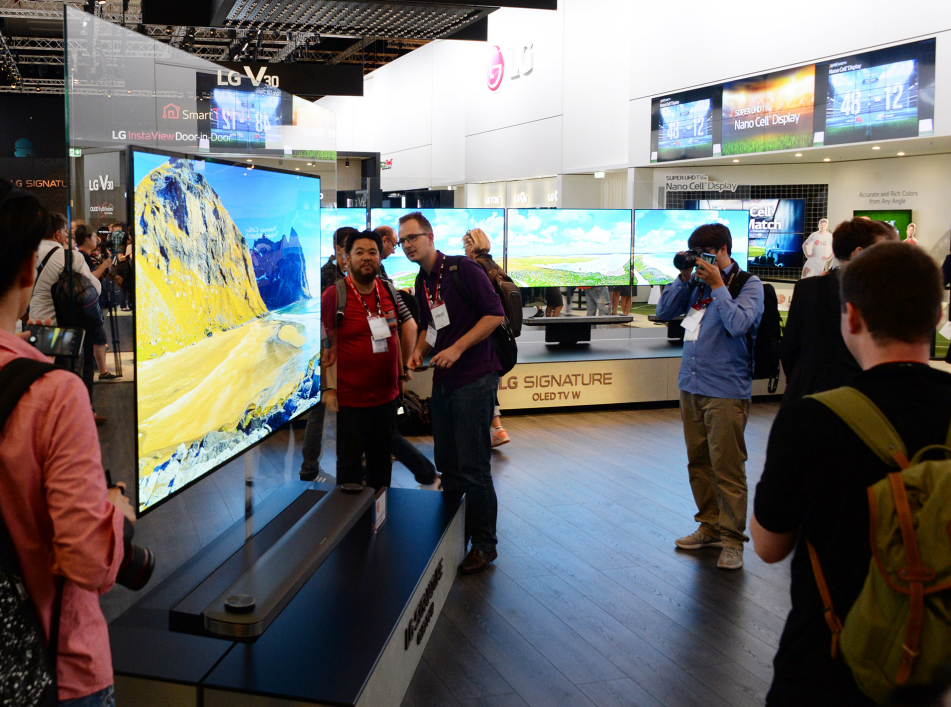 LG OLED TVs offers the wide selection of designs and prices to complement its status as the ideal TV for creating an optimal, cinematic viewing experience in the home. 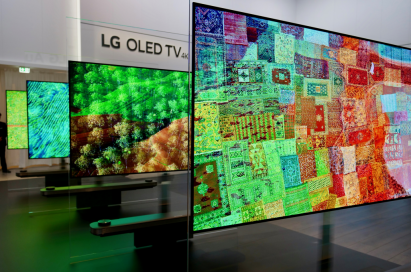 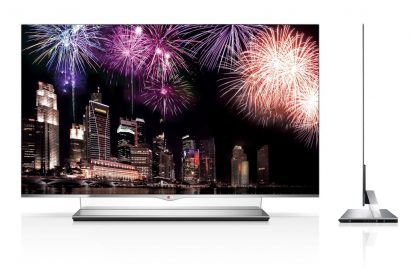 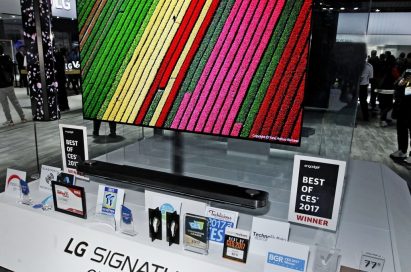 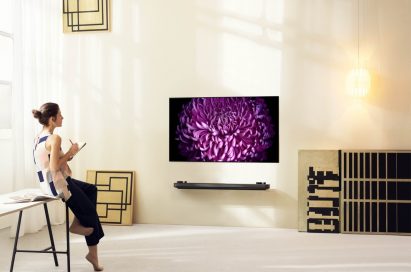 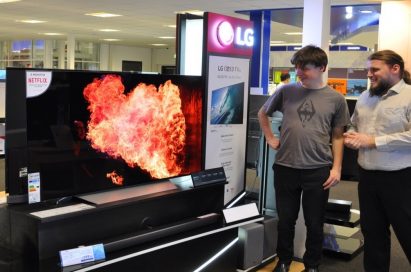