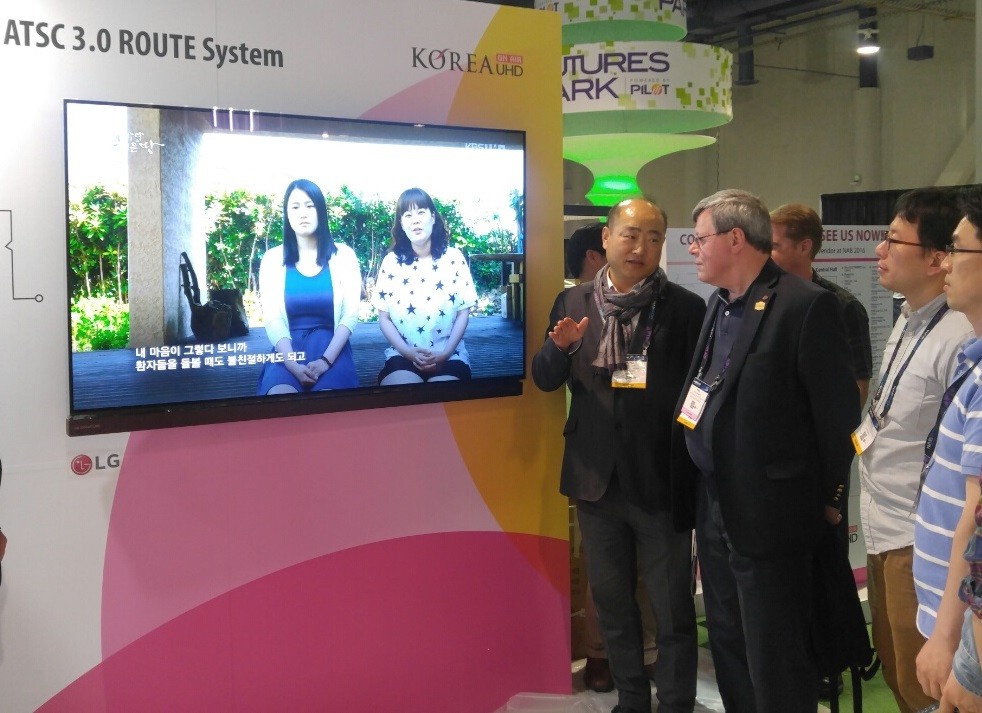 Taking the wraps off a two-year development project, the company is demonstrating the ATSC 3.0 smart antenna for the first time at the 2016 National Association of Broadcasters (NAB) convention here this week. It is a featured product in the “ATSC 3.0 Consumer Experience” exhibit, co-hosted by the NAB, the Consumer Technology Association and the Advanced Television Systems Committee.

Today’s announcement underscores the momentum behind the ATSC 3.0 standard and spotlights LG’s commitment to accelerating deployment of next-generation television, according to Dr. Jong Kim, senior vice president, LG Electronics, and president of LG’s Zenith R&D Lab in the United States. “In addition to showing how such consumer-friendly products will support the rollout of next-gen broadcasting, this device, built around the world’s first ATSC 3.0 demodulator chip, exemplifies our progress,” he said.

Sam Matheny, NAB Senior Vice President and CTO, welcomed the early development of devices such as LG’s smart network antenna. “This is a unique product that combines next-generation broadcasting with widely deployed home Wi-Fi networks and is the kind of offering that can help broadcasters bring their new ATSC 3.0 signals to a range of consumer devices in a seamless manner.”

“Innovations like the LG smart network antenna will play an important role in accelerating the consumer adoption of ATSC 3.0 by enabling existing devices in the home and reducing the need for multiple converter boxes,” said Anne Schelle, Executive Director of Pearl TV, the consortium of nine major broadcast groups representing more than 200 U.S. television stations.

The ATSC 3.0 wireless network antenna is based on an LG-developed uni-directional antenna array with unique electronic steering logic designed to optimize indoor reception. LG is integrating a chip-based ATSC 3.0 tuner-demodulator with the antenna, which can be placed virtually anywhere in the home – in the attic, in a window, in a closet – wherever reception is best.

The steerable network antenna is coupled with a network interface to communicate with the in-home Wi-Fi router to allow connected devices to blend ATSC 3.0 signals and services with over-the-top Internet-delivered content. The Wireless Network Antenna also is designed to receive current “ATSC 1.0” DTV transmissions and similarly route them to an array of consumer devices.

Development of the LG ATSC 3.0 wireless network antenna, which began in 2014, is a joint effort of LG’s Zenith R&D Lab in Lincolnshire, Ill., USA, and the office of the Chief Technology Officer, LG Electronics, in Seoul, Korea.

Expected to redefine TV broadcasting for decades to come, the next-generation ATSC 3.0 broadcast television system is being designed to deliver 4K UHD services, robust reception on mobile devices and improved spectrum efficiency. LG and Zenith are key contributors to ATSC standards activities, including development of core technologies in the majority of the ATSC 3.0 Physical Layer transmission system. 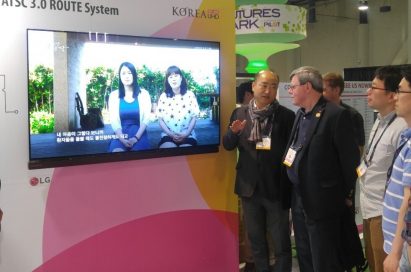