SEOUL, Oct. 15, 2015 — Owners of LG Electronics’ (LG) G4 smartphone will be the first in the world to receive the Android 6.0 Marshmallow OS. LG G4 owners in Poland will begin receiving their M upgrade beginning next week with other markets in Europe, Asia and the Americas to follow.

The latest update to the Android operating system offers a number of features designed to enhance the user experience, such as:

“By working closely with Google, LG has been able to bring Android 6.0 to the G4 ahead of any of our competitors,” said Chris Yie, vice president and head of marketing communications for LG Mobile Communications Company. “While speed alone isn’t an indicator of great service, it does go a long way toward giving consumers the confidence that LG is committed to its existing customers first.”

Details of the Android M upgrade schedule and affected models will be announced in individual markets. 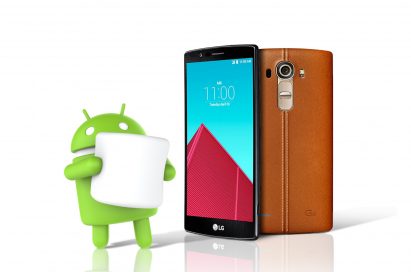