EPA Recognizes LG for Efforts to Protect the Environment 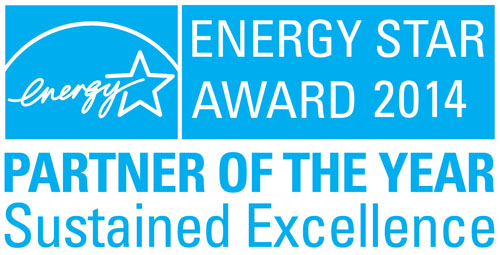 According to the EPA, LG is being recognized as ENERGY STAR Partner of the Year for its continued leadership in protecting the environment by manufacturing and promoting products with superior energy efficiency as well as educating consumers on the important, positive effects that energy-efficient behaviors can have on the environment.

For example, in the past year American consumers purchased more than 1.6 million LG products awarded the “ENERGY STAR Most Efficient 2013” distinction, which helps consumers easily identify the most efficient products among those that have earned the ENERGY STAR label. LG increased the number of Most Efficient models available by 55 percent in 2013 from 2012 and increased its percentage of total sales dollars that were ENERGY STAR qualified by more than 13 percent from 2012.

LG also expanded its programs designed to change consumer behaviors. In 2013, the company generated more than 2 billion consumer impressions by stepping up its nationwide public education and community out reach campaign. Key to this effort was LG’s industry-leading support of “Team ENERGY STAR,” a multi-year initiative from EPA’s ENERGY STAR program that involves kids in helping their families save energy and money at home, while teaching them how energy efficiency is good for the environment. The company worked with EPA and PTO Today to award a total of 50 prizes (primarily LG ENERGY STAR certified products) to families who participated in the campaign.

“As a long-time ENERGY STAR partner, LG is extremely proud to be recognized by the EPA for our ongoing leadership and long-term commitment to energy efficiency through both the ENERGY STAR Sustained Excellence and Climate Communications awards,” said William Cho, president and CEO of LG Electronics USA. “LG works to reduce greenhouse gas emissions and help fight climate change by bringing energy-efficient products to the market as quickly as possible and by teaching consumers simple actions they can take to protect the environment.”

Across the United States, top companies and organizations are leading the way toward a more energy-efficient future through their participation in ENERGY STAR. Through 2013, with help from ENERGY STAR, American families and businesses have saved USD 297 billion on utility bills and prevented more than 2.1 billion metric tons of greenhouse gas emissions.

“LG has earned EPA’s highest ENERGY STAR award — the 2014 Partner of the Year- Sustained Excellence Award — because of its unwavering commitment to helping consumers become increasingly more energy efficient,” said EPA Deputy Administrator Bob Perciasepe. “By using innovative marketing and communications, LG is helping to raise the public’s awareness of climate change. An informed public can make smarter choices about the purchases they make and the impact that they have on the environment and our changing climate.”

The 2014 Partner of the Year-Sustained Excellence Awards are given to organizations to recognize their contributions to reducing greenhouse gas emissions through superior energy efficiency. These winners have reduced greenhouse gas emissions by setting and achieving aggressive goals and by employing innovative energy efficiency approaches. These awards recognize ongoing leadership across the ENERGY STAR program, including energy-efficient products, services, new homes, and buildings in the commercial, industrial, and public sectors.

LG and other 2014 award winners are selected from the 16,000 organizations that participate in the ENERGY STAR program. In addition to its Sustained Excellence recognition in 2014, LG is one of only 10 ENERGY STAR Partners to receive the Climate Communications Award, a new award for 2014 that honors outstanding efforts to raise its customers’ awareness about climate change.

LG Electronics’ accomplishments will be recognized at an awards ceremony in Washington, D.C. on April 29. 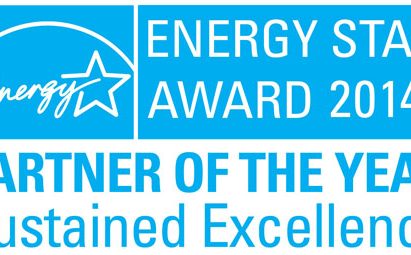