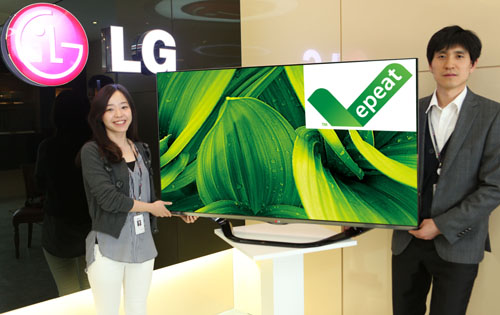 SEOUL, Apr. 3, 2013 ㅡ More than 50 television models from LG Electronics are now rated on the EPEAT global registry for greener electronics, which expanded today to include televisions for the first time.

EPEAT CEO Robert Frisbee commended LG Electronics for its leadership as a charter participant in the new EPEAT registry’s TV category. “As a founding manufacturer in the new TV category, LG is forging a path toward a world filled with greener television options for purchasers worldwide,” he said.

“As a long-time EPEAT partner for computer monitors, we recognize the value of this important program in educating customers about sustainable products,” said Dr. Skott Ahn, president and chief technology officer, LG Electronics Inc. “LG is proud to be among the first to meet EPEAT’s new TV criteria for greener electronics.”

EPEAT has been the gold standard for sustainability ratings since 2006, initially as a program to help companies, governments and consumers compare and purchase greener PCs and monitors. The addition of the new TV EPEAT category comes less than two months after the registry expanded to include printers, copiers and other imaging equipment. 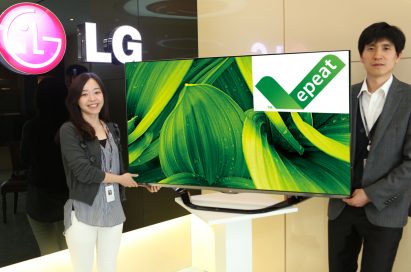