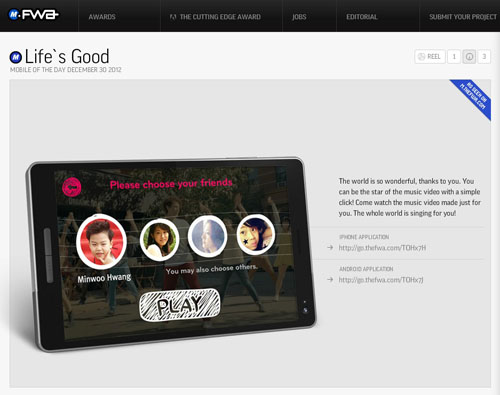 SEOUL, Dec. 31, 2012 -– LG’s global Life’s Good social campaign has been recognized by the Favorite Website Awards (www.thefwa.com) with a coveted Mobile of the Day Award. The Favorite Website Awards, also known as FWA, was launched in May 2000 and recognizes cutting-edge creativity in the mobile environment across various categories including mobile sites, browser games and smart applications.

“We are extremely pleased to have our global Life’s Good campaign recognized at the Favorite Website Awards,” said K.W. Kim, Global Marketing Officer at LG Electronics. “Our goal is to enable our consumers to experience the LG brand in new and interesting ways and this campaign is just one example of many things to come.”

The Life’s Goodcampaign (www.LifesGoodLG.com) employs the latest online technology to entertain and lift people’s spirits entering the holiday season. It has been successful in generating positive attention from numerous media outlets around the globe. The campaign, which kicked off at the end of November in Korea, will expand to nearly 40 countries in the new year.

LG’s previous interactive online campaign, Mission 3D, has been running since April and recently won the gold at the 2012 Korea Advertising Awards. 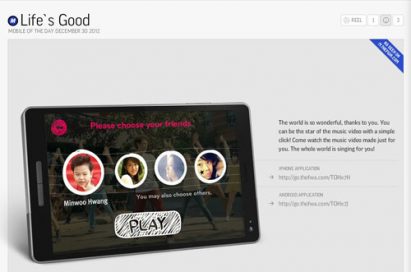 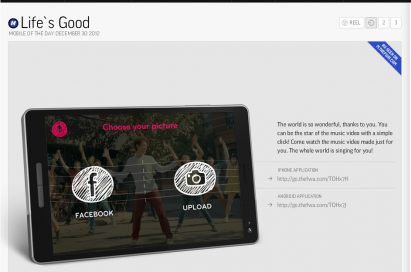