with Powerful Performance and Features 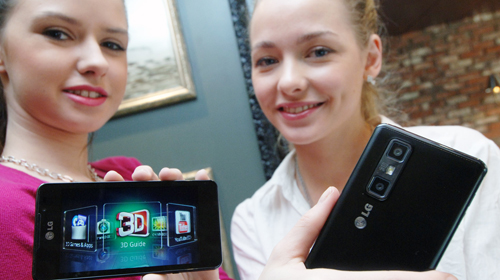 “We are deliberately pushing the limits of mobile entertainment innovation with the Op-timus 3D Max,” said Dr. Jong-seok Park, President and CEO of LG Electronics Mobile Communications Company. “This device has evolved significantly since we introduced the first Optimus 3D at Mobile World Congress in 2011. Our second generation glasses-free 3D smartphone is as thin and light as any other high-end smartphone while still de-livering a spectacular picture in either 2D or 3D.”
The Optimus 3D Max now includes a new 3D Converter which allows for a greater variety of 3D content as it converts 2D content from Google Earth, Google Maps and other mapping apps into 3D. Visitors at MWC 2012 also raved about the device’s unique 3D video editor which allows the editing of 3D video on the phone in real time. And the 3D Hot Key mounted on the side of the phone enables users to easily toggle between 2D and 3D. The Optimus 3D Max includes 3D-style cubicle icons in addition to its customizable icons which can be amended by applying the users’ own photos through the Icon Customizer feature.
Additional features, which will be available through an upcoming maintenance release (MR), include a HD Converter to offer high resolution content to be viewed on a TV connected through MHL (Mobile High-Definition Link) and Range Finder, which calculates the distance between the camera and a subject as well as the dimensions of an object through triangulation.
As for its new form-factor, the Optimus 3D Max is 2mm slimmer and 20g lighter than its predecessor, measuring only 9.6 mm thin and weighing 148g. The 5MP camera on the rear captures both photos and video in 3D using its dual lenses. The recorded material can be viewed directly on the smartphone in glasses-free 3D or on a 3D capable computer monitor or TV. 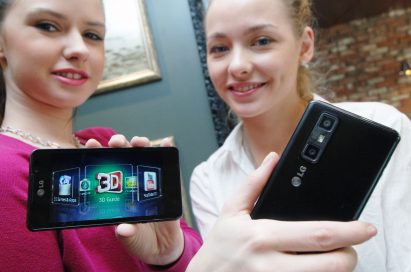 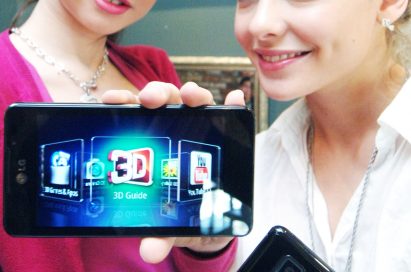