With Combination of 3D Technology and Smart TV Functions,
LG Aims to Lead Global 3D TV Market
BERLIN, Sep. 4, 2011 –- At IFA 2011 in Berlin, Germany, LG Electronics (LG) announced its intention to be the top 3D TV brand by the end of next year, on the back of the strong public acceptance of its CINEMA 3D TV lineup.
“The 3D TV market is expected to grow dramatically in 2012 due to technological advancements in 3D and the expansion of content distribution,” said Havis Kwon, President and Chief Executive Officer (CEO) of LG Home Entertainment Company. “LG intends to become the leader in 3D TVs to the extent that we become synonymous with all things 3D.”
According to Mr. Kwon, the acceleration in adding smart features to 3D TVs will increase the competition for an industry-standard ecosystem. Success in the TV market will no longer rely solely on the actual TV, but instead the ecosystem, he said.
Number One in the Global 3D TV Market
Since its launch, LG’s CINEMA 3D Smart TV has already boosted LG’s share of the 3D TV market. By next year, LG will field a wider array of products from high-end to entry level with 3D included in about 70 percent of all new Home Entertainment products.
LG Electronics will continue to raise the 3D bar by working in close partnership with LG Display and other LG companies that contributed to the development of Filmed Patterned Retarder (FPR) technology, the science behind CINEMA 3D. And LG is aiming to further develop its content sourcing capabilities to provide 3D Video-on-Demand (VOD) services with an emphasis on content specially tailored for different markets.
Leading the Smart TV Business
Enhancing its Smart TV ecosystem is a key component of LG’s TV business strategy. Strategic partnerships with 3D broadcast, online video sites and game companies will enable customers to directly access a wider variety of content. The Magic Motion Remote Control, a key feature of LG’s successful Smart TV platform, will get greater functionality.
LG’s 3D TVs will gradually transition to an open architecture platform, making it far easier and convenient for developers to create apps and content for LG’s TVs. By creating a vibrant market for TV apps and content, LG expects to significantly expand the adoption of 3D.
Strengthening Development of Next-Generation Display Technology
LG is also working with LG Display to develop next generation, ultra-high definition (UD) display technology which will be integrated into OLED TVs planned for launch next year. UD screens offer four times greater resolution than existing high definition (HD) screens. Aggressive R&D will also be geared towards developing glasses-free 3D displays.
LG’s drive to take the top spot in the global 3D TV market is underpinned by ongoing improvements in LG’s manufacturing and supply chain management processes. LG plans to introduce completion-type manufacturing capabilities in markets such as Europe, North America and China and implement faster customs clearance and distribution in its logistics, all in an effort to improve the global manufacturing competitiveness of LG’s 3D TVs.
# # # 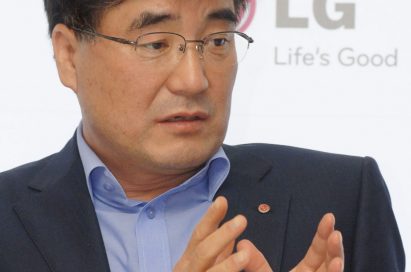 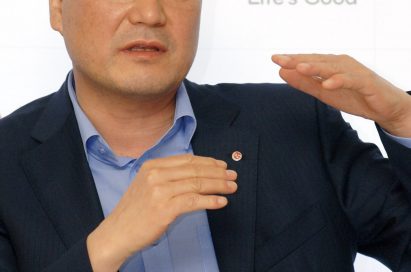