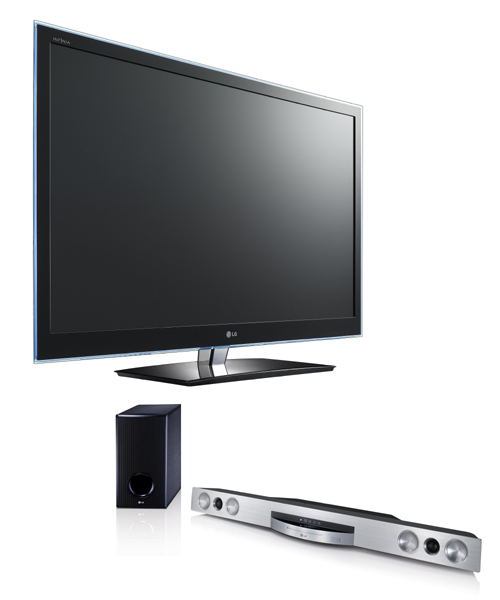 SEOUL, Aug. 15, 2011 — LG Electronics (LG) has been honored twice at the European Imaging and Sound Associations (EISA) 2011 Awards, winning the “European 3D Home Theater Solution” prize for its 55LW650S CINEMA 3D Smart TV and HLX56S 3D Blu-ray™ Soundbar, and a “European HT 5.1 System” award for its HX966TZ/TZW Smart 3D Blu-ray™ home theater system. Chosen by representatives of 50 multimedia magazines from 19 countries around Europe, EISA’s awards are among the most prestigious in the home entertainment industry.
“These awards show once again that LG is at the leading edge of home entertainment in Europe, with functions and products designed specifically to appeal to the highly demanding European consumer,” said Havis Kwon, President and CEO of LG Home Entertainment Company. “We’ve plowed enormous effort and resources into creating innovations such as CINEMA 3D and 3D sound, and recognition from industry opinions leaders makes the hard work that much more rewarding.”
LG’s 55LW650S CINEMA 3D Smart TV comes with affordable, comfortable and lightweight glasses, making it the ideal TV for enjoying 3D in bigger groups with friends or family. Solving the scarcity of content that affected previous 3D TVs, the 55LW650S provides a top-of-the-range 2D to 3D conversion function for a limitless supply of 3D viewing. Also, the TV’s sharp, bright 3D picture, which has received “Flicker-Free” designation from TÜV and Intertek, ensures viewers can watch 3D for longer periods of time without the headaches or dizziness that could occur with older 3D TVs.
The 55LW650S delivers more comfortable 3D viewing with its Wide Viewing Angle, which lets viewers see full 3D images from almost any position in front of the TV. And making the 3D viewing experience smarter, the 55LW650S comes with 3D Video-on-Demand and a Smart Share function that makes it a snap to share content between digital devices.
The HLX56S 3D Blu-rayTM Soundbar blends perfectly with the 55LW650S to produce the ultimate in 3D home entertainment. This stylish and compact device provides topquality 3D Blu-rayTM playback, along with 4.1Ch and 430W of power for a lush and engaging sound. The wireless subwoofer adds a fuller, more stereoscopic edge to the soundtrack, while Wi-Fi Direct™ enables simple file sharing without the need for a wireless hotspot. With the full range of Smart TV functions, the HLX56S also provides simple access to the full range of LG’s Premium Content, while LG Remote lets users turn their iPhone or Android smartphones into remote controls via an easily downloadable app.
The HX966TZ/TZW is an essential addition to any home entertainment experience, with 3D Blu-rayTM playback and 1,100W of vivid, powerful sound. A wall-mountable, premium aluminum design gives the system a clean, unobtrusive look, while Wi-Fi DirectTM and LG Smart TV deliver the very best in online entertainment and Premium Content from global and local providers. The HX966TZ/TZW has access to the growing range of custom-designed LG Apps, and making things even more convenient, the system can be controlled via LG Remote and is also equipped with two HDMI in and one out. Wireless rear speakers add an extra edge to the sound, while reducing the number of unsightly cables in living rooms.
# # # 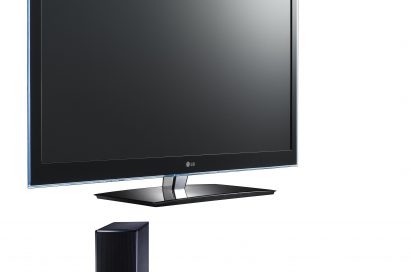 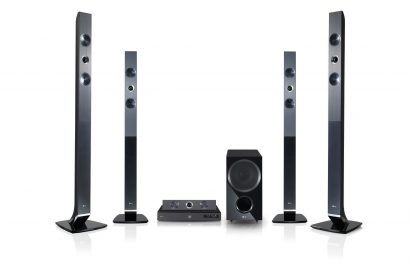