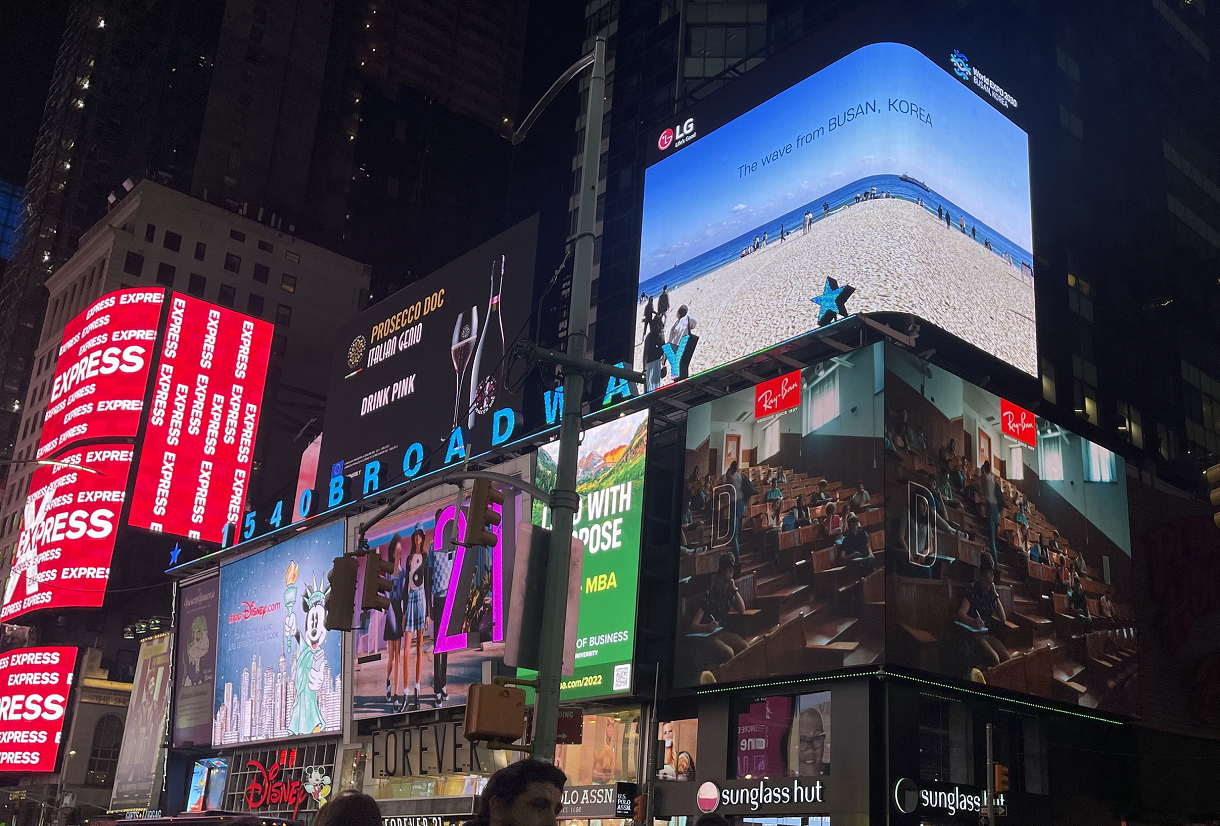 SEOUL, Feb. 21, 2022 — With the selection of the location for World Expo 2030 to be held next year, LG Electronics (LG) is taking the initiative of promoting Busan, South Korea as the perfect host for the global exhibition in 2030. Spearheaded by a promotional video airing on LG’s large outdoor displays in Times Square, New York City and Piccadilly Circus, London until the end of March, the campaign is part of a larger effort to highlight the technological prowess of LG’s home country.

Titled The Panoramic-Haeundae by Korean multimedia artist Lee Sang-won, the large-screen video showcases Busan’s landmark Haeundae Beach and traditional ink painting to connect the audience to the unstoppable force that is “The wave from Busan, Korea.” The video was first screened on the world’s largest OLED screen in Dubai Mall where the delayed Expo 2020 Dubai is currently taking place. Measuring 50 meters wide and 14 meters high, the Dubai Mall display was constructed using 820 LG OLED signage panels, a new record for LG.

Although two other cities in South Korea – Daejeon in 1993 and Yeosu in 2012 – have hosted smaller Specialised Expos, a win by Busan would be a first World Expo for the country. Busan is bidding against Moscow, Rome, Odesa and Riyadh for the honor of being the host city, with a decision expected in 2023.

As part of the promotion to support South Korea’s second largest city’s bid for World Expo 2030, LG deployed its innovative LG CLOi GuideBot robot in the city last year to encourage residents to support the campaign and to showcase the advanced southern port city. LG is also participating at Expo 2020 Dubai with LG One:Quick, an advanced video conferencing display at the Korean Pavilion exhibit. 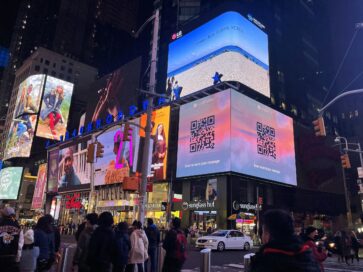 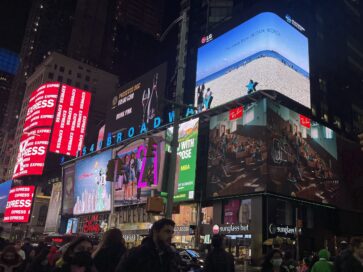 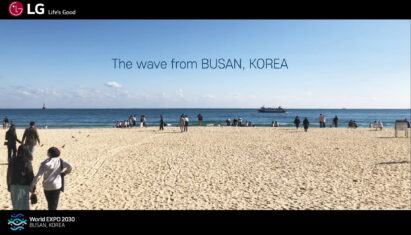