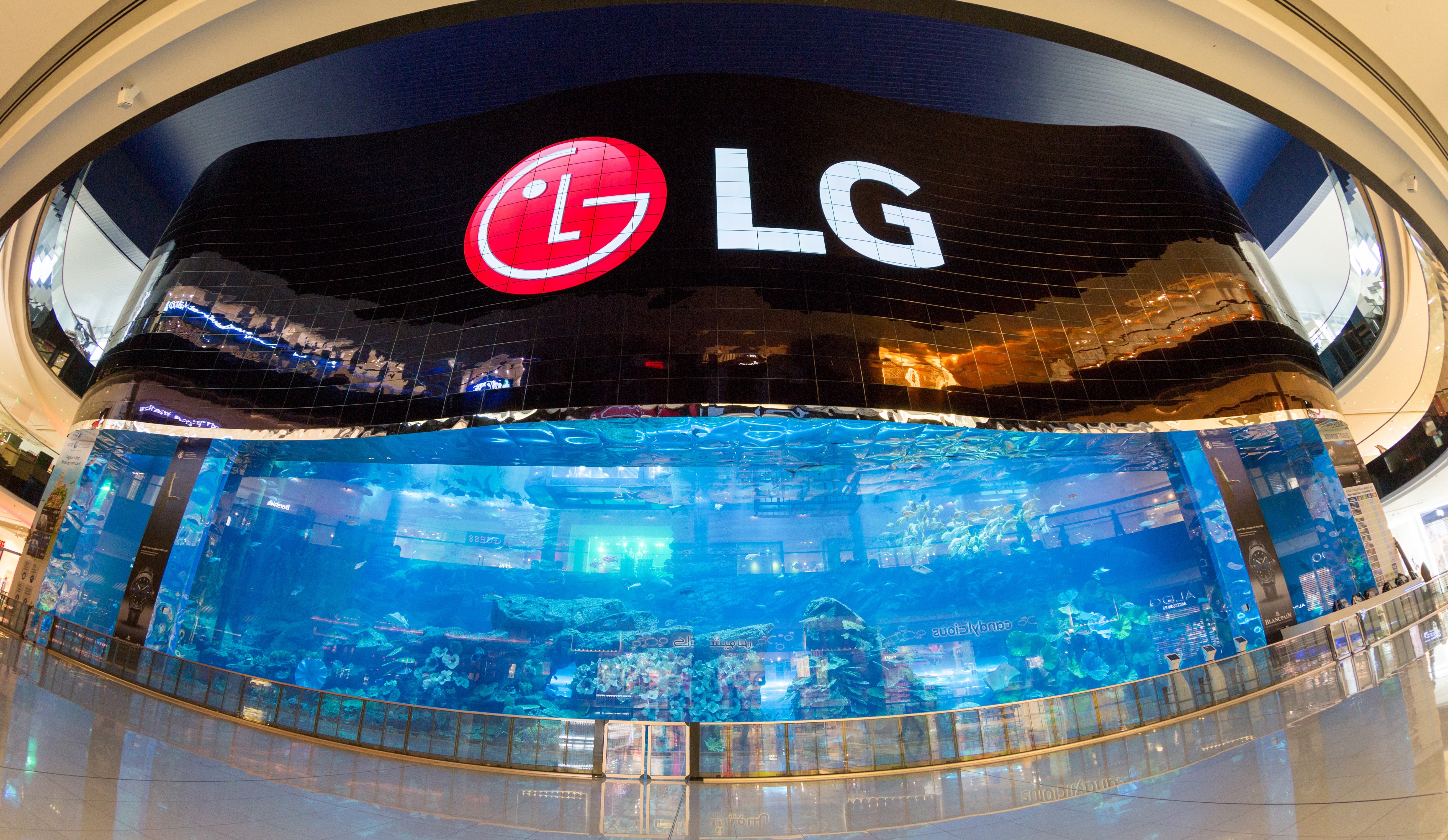 SEOUL, Aug. 13, 2017 — LG Electronics (LG) announced the unveiling of a video wall signage in Dubai that has the distinction of being the largest OLED screen and the largest high definition video wall in the world. Located in Dubai Mall adjacent to the Burj Khalifa, the mega-sized video wall was created using 820 LG Open Frame OLED Signage panels. LG partnered with Emaar Entertainment, operator of the Dubai Aquarium, on the record-breaking project.

“LG is revolutionizing the way commercial space is designed and used because its pioneering slim and curved OLED technology is an iconic piece of art itself,” said Kwon Soon-hwang, head of Information Display at the LG Home Entertainment Company. “Our Dubai exhibit is an example of how LG digital signage products add harmony to a space in addition to being an innovative solution that today’s B2B customers demand. It’s fitting that this breakthrough screen is being shown in the largest mall in the world next to the tallest structure in the world.”

OLED is often referred to as the next-generation display because it is emissive technology, meaning that the display emits its own light, eliminating the need for bulky and inefficient backlighting. This results in superb images with the deepest possible blacks and lifelike colors as well as wider viewing angles than conventional backlit displays.

The use of LG’s Open Frame OLED Signage at the Dubai Aquarium is particularly fitting because the curved form factor of the display follows the undulations of flowing water. LG Open Frame OLED Signage can be configured into both convex or concave curves in both landscape and portrait modes, blending into any public and private space. 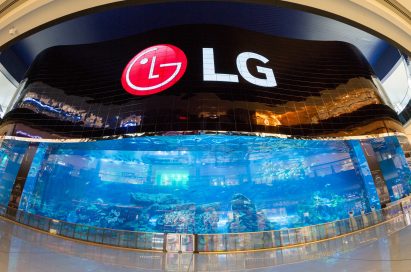 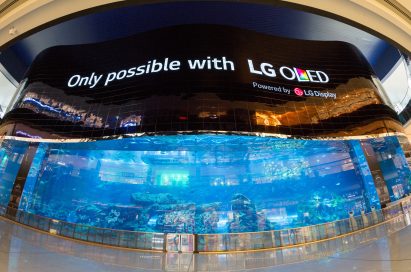 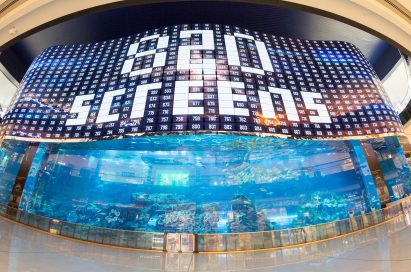