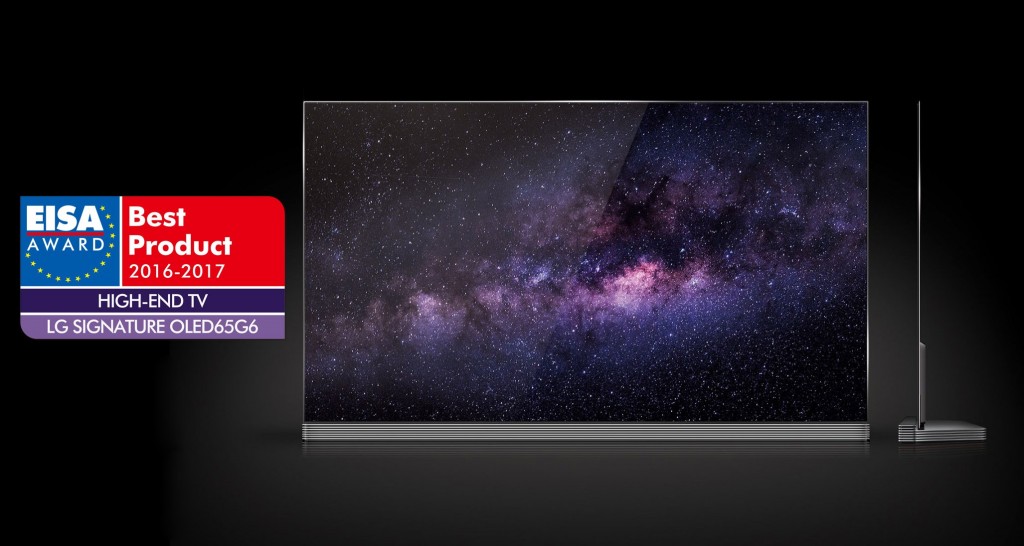 SEOUL, Aug. 15, 2016 — For the fifth consecutive year, LG Electronics’ (LG) OLED TV was once again named the best high-end TV in Europe by the European Imaging and Sound Association (EISA). The EISA Awards are decided annually by a panel of experts from 50 multimedia magazines from 20 European countries who evaluate innovative products for their technological capabilities, design and innovation.

As the European High-End TV Award winner, LG SIGNATURE OLED TV (model 65G6), was cited as being “truly state-of-the-art” by the judges who were impressed by its ability to deliver perfect black for an incredible picture. The jury also commended LG SIGNATURE OLED TV for its support of both HDR10 and Dolby Vision™.

“We are honored to receive EISA’s most prestigious award for the fifth consecutive year and every award is just as rewarding as the previous one,” said Brian Kwon, president of the LG Home Entertainment Company at LG Electronics. “This recognition confirms our belief that LG SIGNATURE OLED TV is an outstanding feat of engineering with breathtaking picture clarity and revolutionary design.”

Another LG TV, LG UH770V SUPER UHD TV, was recognized with the European Smart TV Award for its impressive picture quality as well as for its intuitive webOS 3.0 user interface. LG’s mobile division also landed an award for its LG G5 smartphone, which received the European Mobile Innovation Award for its modular type design and full metal uni-body. 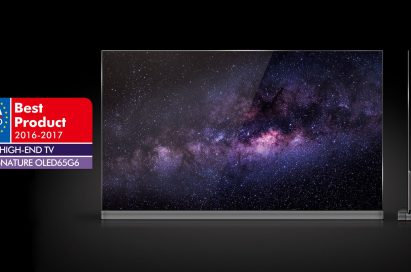