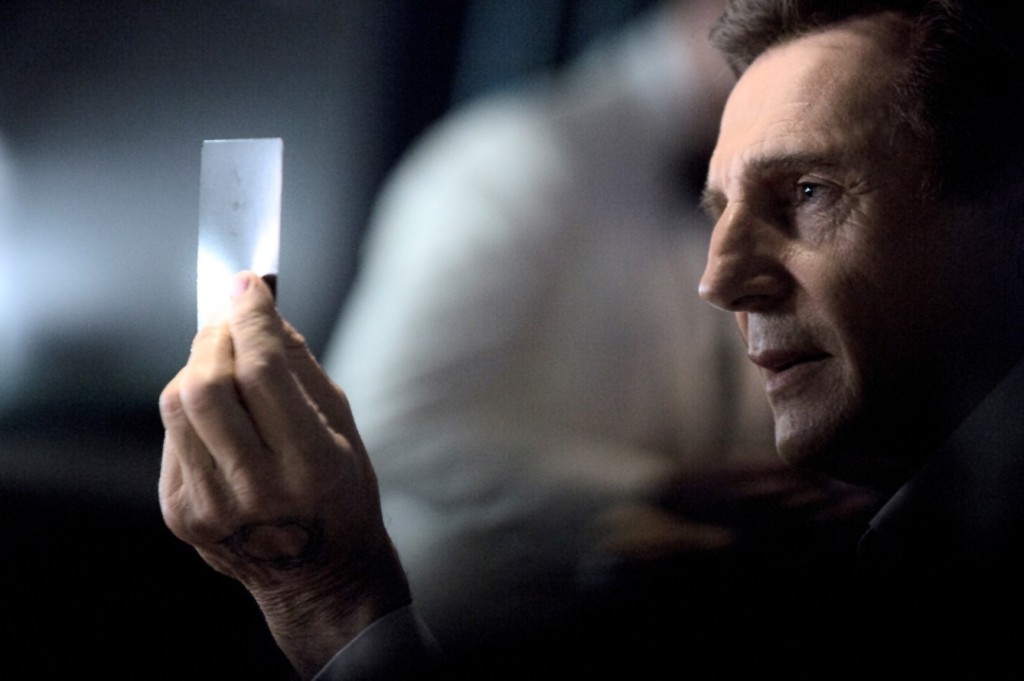 “It’s a dynamic short film,” said renowned director and the commercial’s executive producer, Sir Ridley Scott. “It’s about the race to be on the vanguard of innovation and to be able to create tomorrow’s technology.”

Neeson’s character is “the man from the future” and is tasked with releasing the future of television to the world for the masses to enjoy today, much like LG has continued to do through its pioneering innovation in the OLED TV category.

“My character is an enigmatic man from the future who has traveled back to the present day on a very important mission,” said Neeson. “He represents that inner appeal, that curiosity we have to find out about the future.”

“The objective was to create a world you’ve never seen before or a world that was unique and specific to the OLED,” said Jake Scott, who directed the LG commercial.

LG’s commercial draws upon the expertise and creativity of two Hollywood heavy-hitters, Ridley and Jake Scott, who aren’t just known for their award-winning films but also their acclaimed commercials. Each has already left their mark on the big game with previous successes including Ridley’s iconic 1984 commercial for Macintosh and Jake’s top performing ad, Budweiser’s Lost Dog.

Adding to his ever-growing resume of entertainment gold, this will be Neeson’s second Super Bowl commercial following his famous Clash of Clans spot from last season, which was named the most viewed Super Bowl ad on YouTube. Neeson and Ridley Scott last worked together in the action-packed 2005 film, Kingdom of Heaven, and the latest LG commercial is promising to be just as electric.

“Ridley and Jake are an amazing creative team,” said Neeson. “You know you’re in good hands.”

The award-winning LG SIGNATURE OLED TV, which was recently named Best TV Product by the Official Best of CES® 2016 Awards presented by Engadget, is defined not only by its amazing picture quality, but also its aesthetic design. With a sophisticated OLED panel featuring an impossibly thin depth (measuring about one-tenth of an inch) with a translucent glass back and a powerful, forward-facing soundbar speaker system, it is an outstanding feat of modern engineering and design.

“At first I was struck by its form. It’s just beautifully thin, clean and simple and elegant,” said Ridley Scott.

The flagship 77- and 65-inch class LG SIGNATURE OLED TVs feature exceptional contrast and color as well as 4K Ultra HD resolution and high dynamic range (HDR) capability. Certified as UHD Premium by the UHD Alliance, the series supports the industry-standard HDR formats established by the world’s leading broadcasters, film studios and consumer electronics manufacturers, including HDR10 and DolbyVision™ technology, making them among the first to be compatible with all formats.

Unlike LCD displays where the LED backlight can only locally dim sections of the screen, each pixel on an OLED panel can switch on and off independently. As a result, OLED TVs render crisp, vibrant colors and rich shadow details, even when bright objects are directly next to deep, dark areas — unlike LCD TVs which have a halo effect from light bleeding.