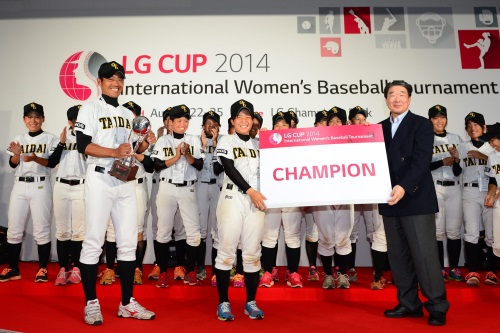 SEOUL, Aug. 26, 2014 — The inaugural LG Cup International Women’s Baseball Tournament 2014, organized by LG Electronics (LG) in partnership with the International Baseball Federation (IBAF) and the Women’s Baseball Association of Korea (WBAK), came to an exciting conclusion in its final game on August 25th. Since the opening game between Korea and Taiwan, 150 players from around the world had taken the field at LG Champions Park. When the dust had settled, the Osaka University from Japan became the first LG Cup winner with a 19 to 1 win over the Korea from South Korea.

Taking place from August 22-25 in Icheon, South Korea, the LG Cup 2014 was organized to support the international growth of women’s baseball and encourage women from all backgrounds to participate in one of the world’s most popular sports.The first ever LG Cup hosted eight teams from seven countries including the United States, Japan, Taiwan, Hong Kong, Australia, India and South Korea.

“The tournament brought together the world’s best female baseball players in the spirit of teamwork and sportsmanship,” said Tomimoto Miyuki from Osaka University, the tournament’s MVP. “Playing so well and winning the tournament was a special experience for me that I will never forget for as long as I live.”

“LG is proud and honored to be able to provide an opportunity for women to participate at such a high level in a sport that should be open to every player who loves the game,” said LG CEO Koo. “These athletes’ passion for the game made a deep impression on the fans and gave us much to look forward to next year.” 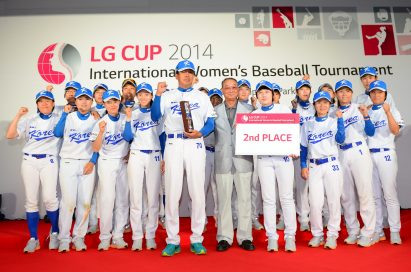 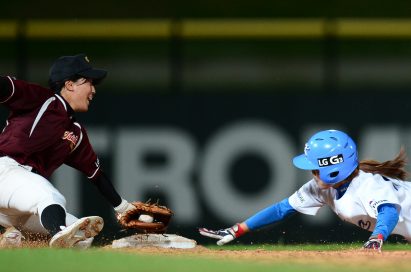