SEOUL, May 12, 2014 — LG Electronics (LG) is adding three new tablets to its G Pad series to offer more options for tablet users. The new G Pad devices — G Pad 7.0, G Pad 8.0 and G Pad 10.1 — will be unveiled at the MedPI 2014, one of the biggest IT/Tech trade show in Europe, taking place in Monaco from May 13-16. LG’s extended tablet portfolio, which also includes the well-received G Pad 8.3, will significantly expand LG’s footprint in the tablet market.

“Customers tell us that they want a wider range of devices that offer sizable screens without compromising portability,” said Dr. Jong-seok Park, president and CEO of the LG Electronics Mobile Communications Company. “Unlike smartphones, tablets are not one size fits all. So we designed the G Pad series for a diverse target audience, some who prioritize portability while others want the best multimedia experience possible. G Pad delivers on all counts.”

● G Pad 7.0: Designed to be held in one hand, LG’s smallest tablet is an on-the-go entertainment hub that delivers both portability and power.

The latest G Pad tablets will also include LG’s proprietary UX features such as QPair 2.0 and Knock CodeTM. With an updated version of QPair, which was first introduced on G Pad 8.3, users can effortlessly connect to their Android-powered smartphones via Bluetooth to receive notifications of calls and messages and now be able to respond directly from the G Pad. What’s more, Knock Code™ enables users to power on and unlock their LG smartphones in one easy step by entering a personalized “knock” pattern on the smartphone’s display. Knock Code™ offers convenience and greater security as the knock pattern can be entered anywhere on the screen in any size — with the display on or off — using a personalized sequence of two to eight taps for more than 80,000 possible combinations.

Additional details of LG’s new G Pad tablets including specifications and availability will be announced locally in the weeks ahead. 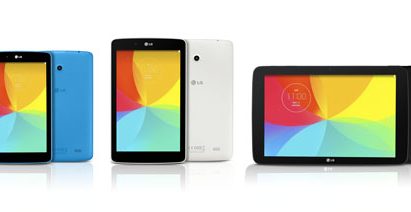 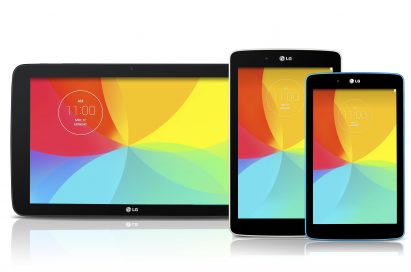