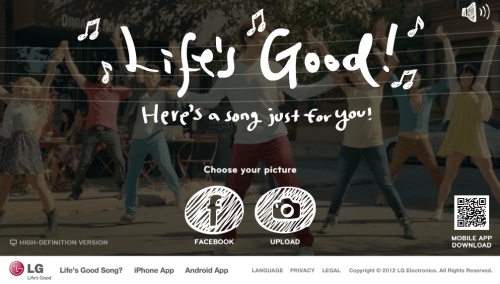 The campaign features Min-woo Hwang, more commonly known around the world as “Little Psy”. Hwang became famous as the child dancer who appears at the beginning of Psy’s mega-hit music video, “Gangnam Style,” which holds the Guinness World Record for the most liked video on YouTube. Also featured is a new arrangement from popular Canadian pop/rock group, The Moffatts.

“With the world’s economy still in distress and global consumer confidence showing little signs of improving, we felt it was the best time to help lift people’s spirits as we enter the holiday season,” said K.W. Kim, Global Marketing Officer at LG Electronics. “LG developed this campaign as a unique way to engage and interact with consumers with a message that’s consist with our ‘Life’s Good’ philosophy. By combining online technology with social networking, we’re giving fans the opportunity to create fun content that they can share with friends and family.” 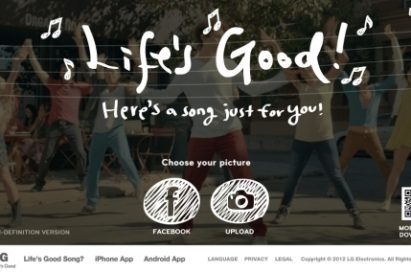