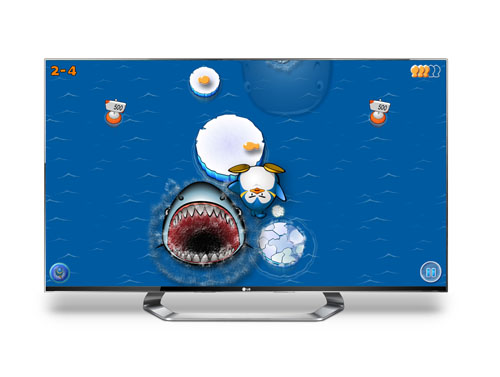 SEOUL, July 29, 2012 -– LG Electronics (LG) today announced an industry first, with the arrival of exciting 3D-enabled game apps for LG CINEMA 3D Smart TV. Gamers can now enjoy some of their favorite titles on a large screen in eye-popping 3D.

Until now these popular games were only available on smartphones and tablets through Apple’s App Store and Google Play and only playable in 2D. Handpicked specifically for their 3D playability, these fun, family-friendly games have been optimized for LG’s CINEMA 3D Smart TV platform. Titles include Air Penguin, which was the top downloaded game app in the U.S. and eighteen other countries last year, Frisbee Forever, Burn The City, Downhill Bowling 2 and Diversion from Unity Technology.

“We are excited to be able to bring 3D gaming to Smart TVs for the first time so family members can enjoy the immersive fun together,” said Havis Kwon, President and CEO of LG Home Entertainment Company. “With the arrival of established games as well as original titles developed exclusively for LG CINEMA 3D Smart TV, we are fulfilling our commitment to realizing the potential of Smart TV as a genuine 3D gaming platform. LG CINEMA 3D Smart TV owners will be amazed as they become fully engrossed in the large screen, 3D environments of their favorite games, and at how easy it is to be in control with the Magic Remote.” 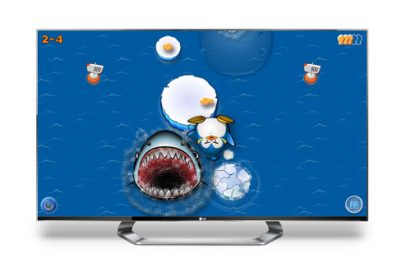