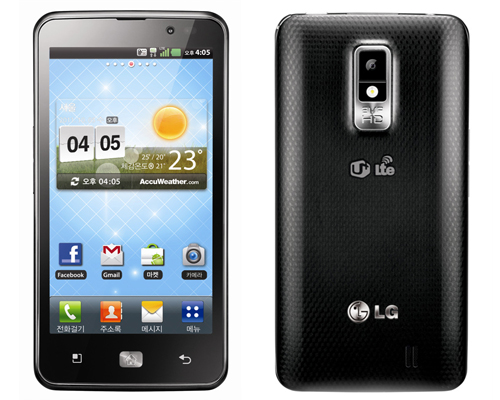 SEOUL, Oct. 4, 2011 -– LG Electronics (LG) today announced the Korean market launch of LG Optimus LTE, the first mobile device in the country to offer 4G connectivity with the highest resolution IPS display available on a smartphone. Developed in close collaboration with sister company LG Display, Optimus LTE features a striking 4.5–inch “True HD IPS” display which offers advanced resolution, brightness and clarity and shows colors in their most natural tones, as they were meant to be seen.
Optimus LTE also delivers enhanced performance with 1.5 GHz dual-core processor, running on the Android 2.3 Gingerbread OS platform. With a large 1,830 mAh battery, Optimus LTE is perfectly suited for multimedia usage. In addition, the device enables content sharing seamlessly through HDMI (High Definition Multimedia Interface) and DLNA (Digital Living Network Alliance).
“LG Optimus LTE is the first smartphone in Korea to offer vivid and clear HD content on a 4G network,” said Dr. Jong-seok Park, President and CEO of LG Electronics Mobile Communications Company. “Our goal is to be a leading player in LTE devices by continuously offering best-in-class products based on our LTE patents and know-how.”
According to a recent report by Jefferies & Company, LG was listed as the global leader in LTE patents with ownership of 23 percent of approximately 1,400 LTE patents filed worldwide, with a financial value of almost USD 8 billion. LG demonstrated the world’s first LTE technology in 2007 and developed the world’s first LTE modem chipset in 2008. LG introduced the world’s fastest LTE technology in 2010 and conducted the world’s first video phone call on a LTE network in 2011. LG’s first LTE smartphone, RevolutionTM, was launched in the US earlier this year.
Availability of Optimus LTE in markets outside of Korea has not yet been determined. 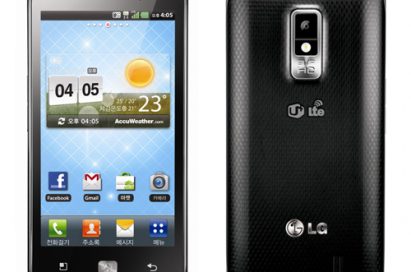 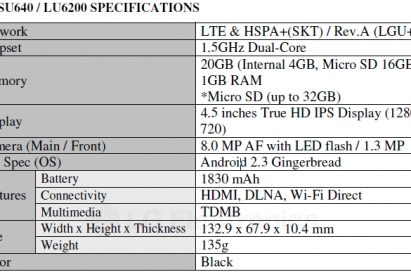