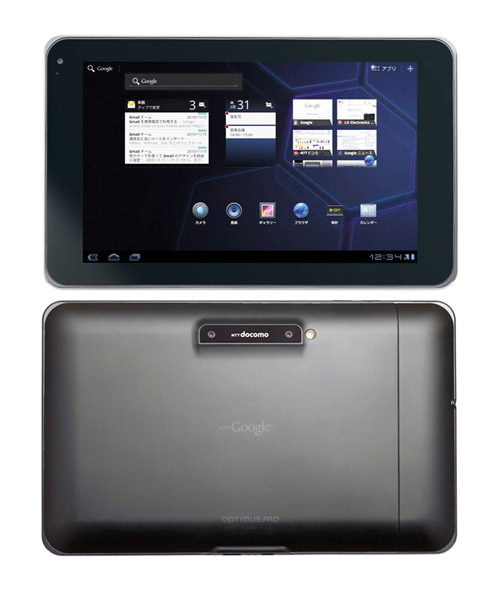 Seoul, Feb. 24, 2011 — LG Electronics will begin taking advanced orders for the Japanese-market version of LG Optimus Pad starting March 15. The Japanese version Optimus Pad (model L-06C) will be offered through a partnership with NTT DOCOMO, the country’s leading mobile operator.
“Japanese consumers are among the fastest early adopters and we plan to move very aggressively here with our advanced mobile smart products in 2011,” said Kyu-hong Lee, Vice President and CEO of LG Electronics Japan. “Getting the Optimus Pad to market quickly in Japan is proof of LG’s commitment to serving the Japanese market.”
Customized for the Japanese Market
The Japanese version of the LG Optimus Pad is pre-loaded with applications custommade for local tastes, including BeeTV which offers a wide selection of entertainment contents tailored for DOCOMO customers. It also includes the 2Dfacto application allowing users to access a wide selection of e-books and comics for reading on the generous 8.9-inch Optimus Pad screen.
Powerful Platform, Diverse Features
The new device supports Honeycomb, Google’s latest platform optimized for tablet devices with an optimized and intuitive PC-like interface for running tablet applications. LG’s tablet runs on a 1GHz NVIDIA Tegra 2 dual-core processor for unmatched performance and power management.
A departure from the trend toward tablets featuring 7- or 10-inch screens, the LG Optimus Pad features a unique 8.9-inch display, offering users one-handed portability with no compromise in viewability. The 8.9-inch display offers native 1280×768 resolution and 15:9 aspect ratio.
Enhancing the multimedia experience, the LG Optimus Pad includes an array of advanced features such as a 3D camera and Full HD 1080p video capability for starters. With dual 5MP cameras, users can for the first time capture images and video in 3D right on the tablet itself. The LG Optimus Pad also allows for easy transfer of 3D content to TVs, PCs and other devices via HDMI.
# # # 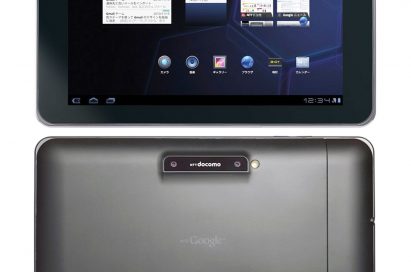