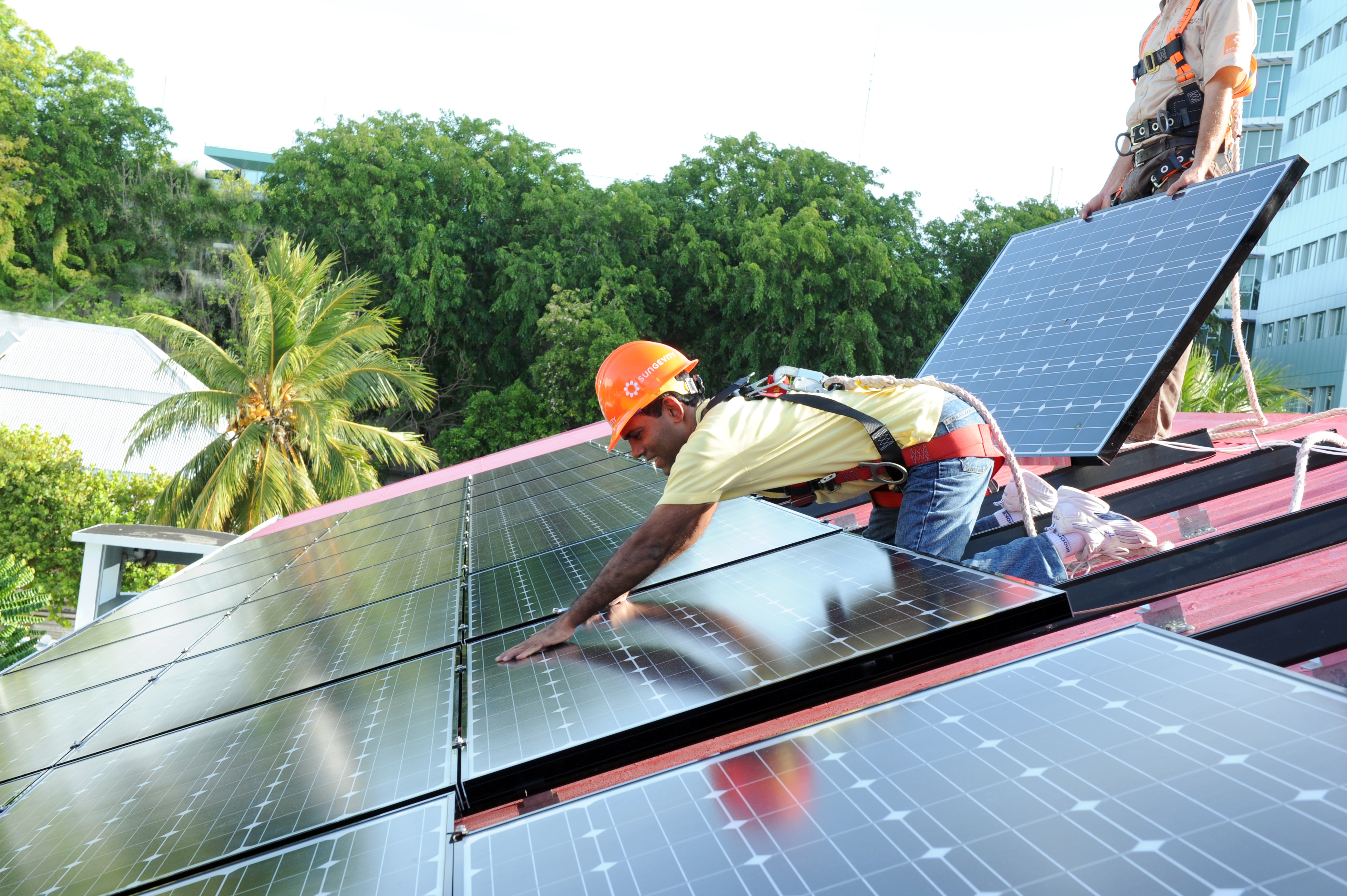 SEOUL, Oct. 7, 2010 –- LG Electronics (LG) announced today that its donated solar modules were installed on the official residence of the president of the Maldives as part of a major global effort to fight climate change. LG’s effort is part of the 10/10/10 Project, a worldwide effort coordinated by 350.org, an international environmental organization, to reduce greenhouse gases. The panels were installed on the president’s official residence, Mulee Aage Palace, on October 7, the same week US President Barack Obama’s office announced plans to install solar panels on the White House by early next year.

“It is a tremendous honor to be part of this campaign to demonstrate how the private and public sectors can work together with NGOs to help raise awareness of the critical issue of global warming,” said Hwan-yong Noh, CEO of LG Air Conditioning Company. “The Republic of Maldives has been at the forefront of the movement for nations to take more responsibility for the environment so it’s a fitting location to demonstrate the role renewable energy can play in our lives.”

An established leader in consumer electronics and appliances, LG is also a growing player in total energy solutions, which employs the latest in energy-saving technologies, such as solar and LED lighting, to make buildings and spaces as eco-friendly as possible.

Mulee Aage Palace has been fitted with 48 of LG’s 240W modules, enough to produce 11 kilowatts (kW) of solar power, whereas solar systems in an average household will provide between 3 and 5kW of power. It is expected that the system will save Mulee Aage more than $300,000 over the lifecycle of the solar panels.

The Maldives already suffers from water shortages and the erosion of its seashore, two phenomena widely attributed to climate change. Over the last century, sea levels surrounding the island nation have risen about 20 centimeters, threatening the existence of the Maldives, already one of the lowest countries in thee world at only 1.5 meters above sea level. President Mohamed Nasheed, the country’s president and an outspoken environmental campaigner, has long urged world leaders to adopt stronger measures against climate change, and holds the title for hosting the first underwater cabinet meeting in the world to draw attention to the dangers of global warming.

About LG Electronics, Inc.
LG Electronics, Inc. (KSE: 066570.KS) is a global leader and technology innovator in consumer electronics, mobile communications and home appliances, employing more than 82,000 people working in over 115 operations around the world. With 2009 global sales of 55.5 trillion Korean Won (43.4 billion US Dollars), LG comprises of five business units – Home Entertainment, Mobile Communications, Home Appliance, Air Conditioning and Business Solutions. LG is one of the world’s leading producers of flat panel TVs, audio and video products, mobile handsets, air conditioners and washing machines. LG has signed a long-term agreement to become both a Global Partner of Formula 1™ and a Technology Partner of Formula 1™. As part of this top-level association, LG acquires exclusive designations and marketing rights as the official consumer electronics, mobile phone and data processor of this global sporting event. For more information, please visit www.lg.com.