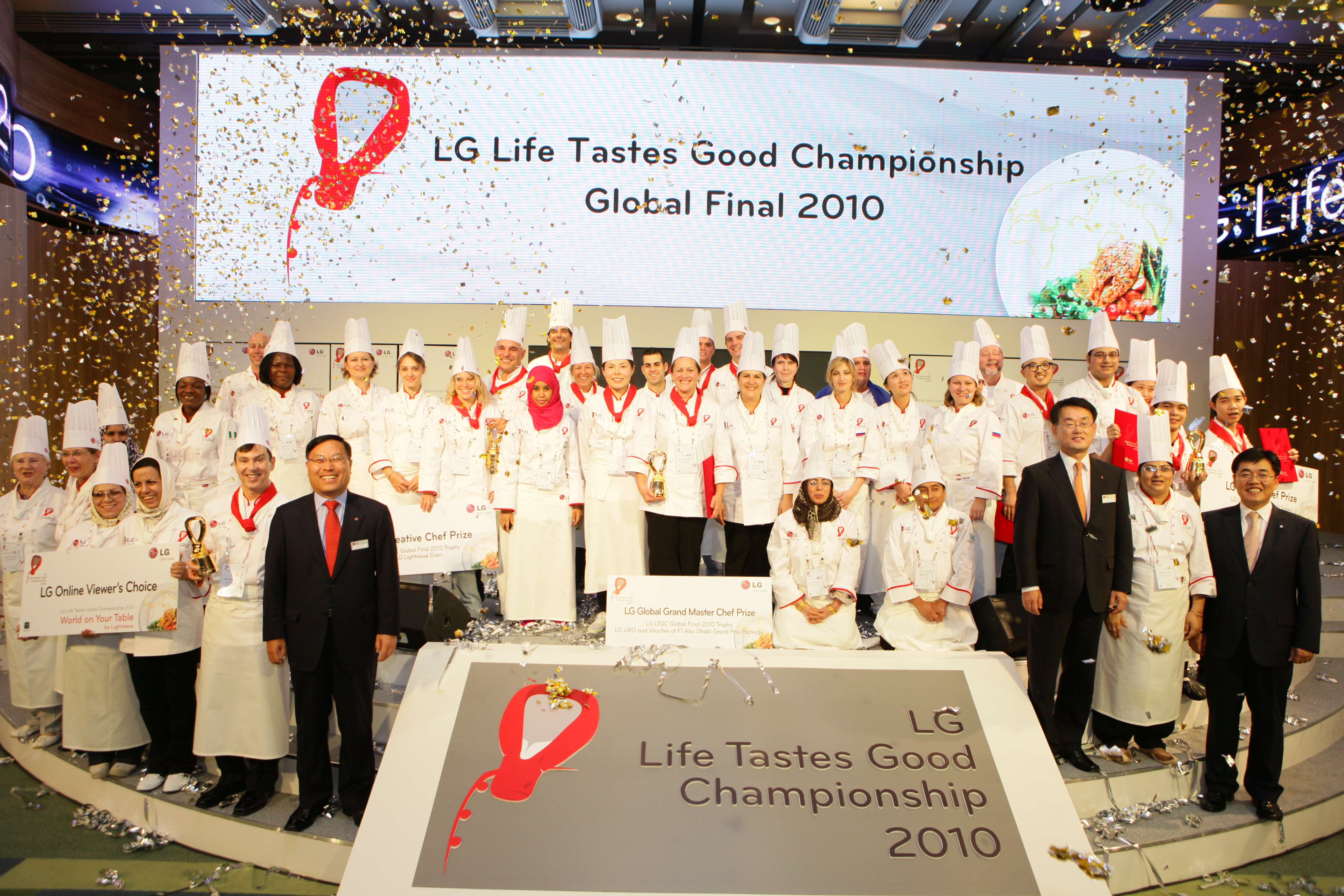 Together with the Seoul Metropolitan Government,

SEOUL, Sep. 30, 2010 -– LG Electronics (LG) held its third Global Final of the Life Tastes Good Championship (LTGC), its annual contest for amateur chefs in Seoul, Korea on September 29. A total of 25 teams comprised of 40 chefs from around the world showed off their home cooking skills using LG’s latest cooking appliances, making this the biggest LTGC Global Final ever.

Under the theme of “The World on Your Table”, participating chefs who won national and regional titles in 22 countries across the all continental from North America, South and Central America, Europe, the CIS and Asia to MEA created a range of unique savory dishes with ovens equipped with LG’s latest Lightwave Technology. Caroline Boutoille from France, who produced barbecued pork tenderloin with rosemary, mashed cauliflower and broccoli meal, frozen vegetables, red pepper emulsion, picked up the LG Global Grand Master Chef Prize and received the LG LTGC Global Final 2010 Trophy, an LG Lightwave Oven and voucher for an F1 Abu Dhabi Grand Prix Package.

This year, LG joined hands with the Seoul Metropolitan Government to co-host the LTGC and a series of four-day culinary programs that lasted from September 27 to 30. The aim was to support the city’s greater effort to raise awareness and promote further understanding of Korean cuisine to further accelerate its globalization. Guests from around the world not only were inspired by the enlightening presentations by Guy Martin, a Michelin-started-chef from France, and Korea’s own Edward Kwon, both members of this year’s LTGC Chef Board, but also had the exciting opportunity to witness and taste some of the world’s extraordinary culinary creations by these top celebrity chefs that captivated both the palate and the eyes.

“This year’s Life Tastes Good Championship was yet another huge success, bringing The World on Your Table to life through LG’s latest and innovative cooking appliances,” said Young-ha Lee, President and CEO of LG Electronics Home Appliance Company. “LG will spare no effort in enriching people’s lives around the world by developing cutting-edge cooking appliances with smarter technologies and continuing to improve this annual event with different themes every year.”

The show came to an end with the announcement of USA as the venue for the next LTGC global final and lively conversation and uplifted smiles lingering for a long time. 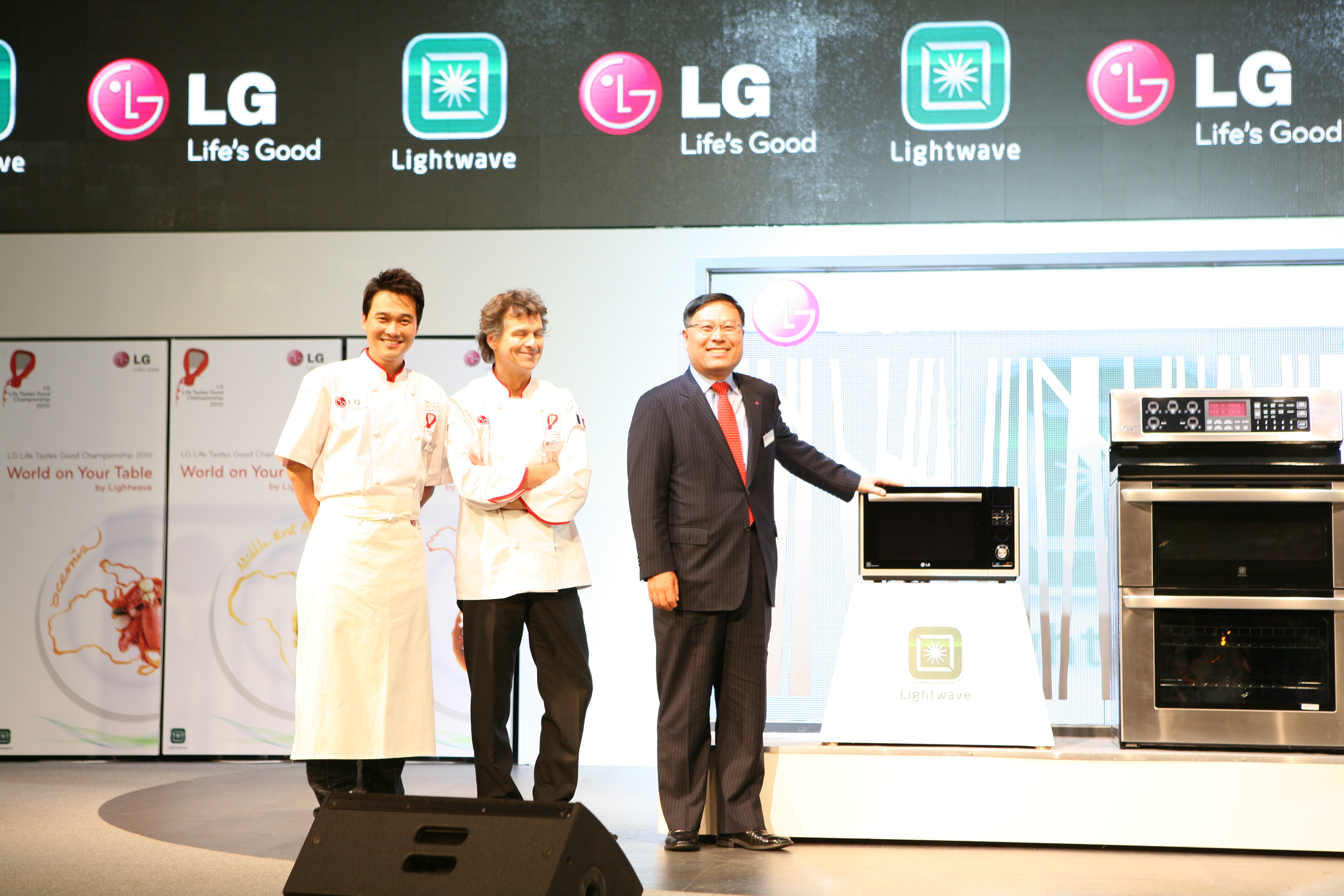 About LG Electronics, Inc.
LG Electronics, Inc. (KSE: 066570.KS) is a global leader and technology innovator in consumer electronics, mobile communications and home appliances, employing more than 80,000 people working in over 115 operations around the world. With 2009 global sales of 55.5 trillion Korean Won (43.4 billion US Dollars), LG comprises of five business units – Home Entertainment, Mobile Communications, Home Appliance, Air Conditioning and Business Solutions. LG is one of the world’s leading producers of flat panel TVs, audio and video products, mobile handsets, air conditioners and washing machines. LG has signed a long-term agreement to become both a Global Partner of Formula 1™ and a Technology Partner of Formula 1™. As part of this top-level association, LG acquires exclusive designations and marketing rights as the official consumer electronics, mobile phone and data processor of this global sporting event. For more information, please visit www.lg.com. 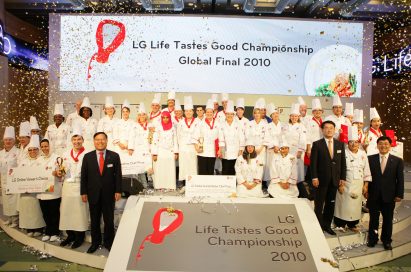 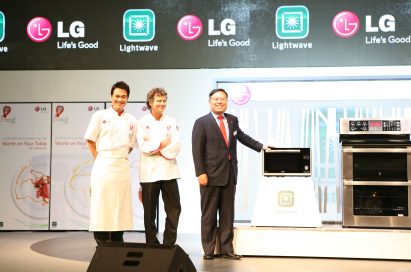