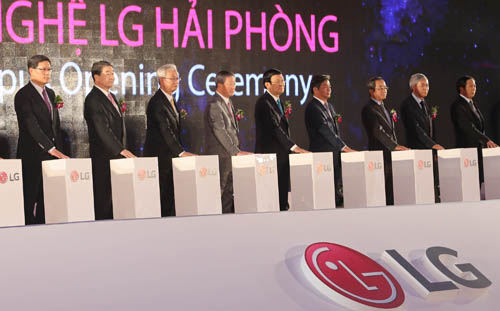 SEOUL, Mar. 27, 2015 — LG Electronics (LG) today officially announced the opening of its newest production facility in Vietnam with the completion of the main building at its Haiphong Campus. At 800,000m2, the building in LG’s Haiphong Campus will house the production lines to manufacture TVs, mobile phones, washing machines, air conditioners and car infotainment systems for the domestic and overseas markets.

The ceremony was attended by more than 400 guests including government officials and LG employees. Vietnam President Trương Tấn Sang was in attendance along with Dae-joo Jun, the Korean Ambassador to Vietnam. LG Corp. chairman Bon-moo Koo and LG Electronics vice chairman and CEO Bon-joon Koo were also present to mark the occasion.

The Haiphong Campus will be home to many more facilities that will be constructed as part of a USD 1.5 billion investment earmarked by LG and key suppliers over 15 years. Currently operating two plants in Vietnam, LG will consolidate production in the Haiphong Campus which will continue to expand well into the next decade. LG selected as the main site for investment due to its status as a port city in northern Vietnam, making transport to other markets faster and more efficient. Additionally, Vietnam offered an educated and high quality labor force and cooperative government that was eager to work with LG.

“It’s quite appropriate to be marking this occasion on the 20th anniversary of our entry into Vietnam,” said LG Electronics CEO Bon-joon Koo. “We will make every effort to make this cooperative venture a success so that our new Haiphong Campus will play an important role in LG’s global manufacturing strategy.” 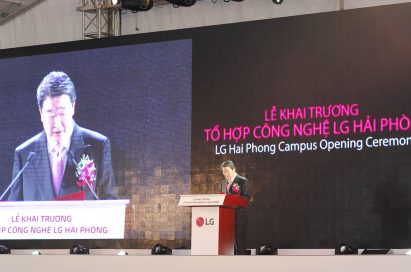 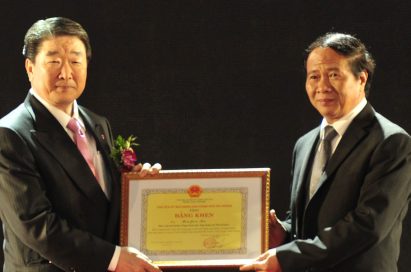