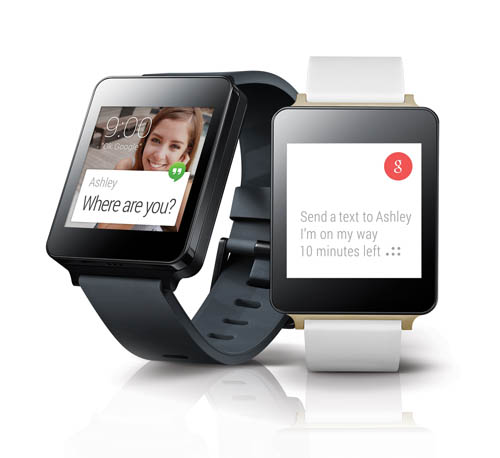 SEOUL, July 8, 2014 — LG Electronics (LG) today announced that the LG G Watch —one of the first to market wearable running Android Wear™— is now available for purchase from the Google Play Store (http://play.google.com) as well as key retailers around the world. LG G Watch is the first Android Wear™device to feature a button-free design with a display that remains “always-on” for maximum convenience and usability (video at http://youtu.be/qYwZami-Pa8).

“As one of the first Android Wear devices to market, we see this as the beginning of a long-term commitment to making wearables running Android Wear a household name,” said Dr. Jong-seok Park, president and CEO of LG Electronics Mobile Communications Company. “We’re confident that once consumers see how useful and compelling LG G Watch can be, it will be integrated into their daily lives, just as smartphone have done.”

Highlights of the LG G Watch include:

￭ Powered by a large 400mAh battery, the largest among Android Wear™ devices

￭ Straps are interchangeable with any standard 22mm watch band

LG G Watch will beavailable both online and offline in twelve countries: United States, Canada, France, Ireland, Germany, Italy, Spain, United Kingdom, Australia, India, Japan and South Korea. In fifteen other countries, among which include key markets such as Brazil, Mexico, Russia, Singapore and New Zealand, the LG G Watch will be available at retailers. Prices will be announced locally in each market.

(compatible with smartphones running Android 4.3 and above)

• Other: Dust and Water Resistant (IP67)