With Support for the Android NDK, LG Smart TV with Google TV

Will Provide Access to Larger, More Diverse Selection of Apps and Games 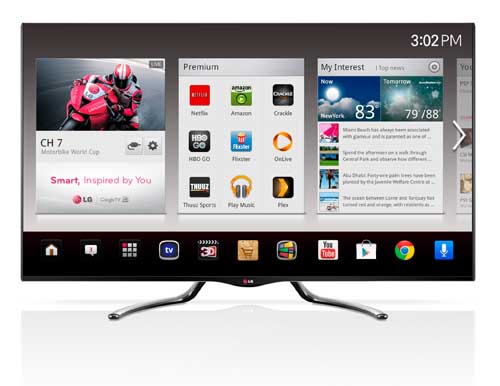 SEOUL, May 16, 2013 — LG Electronics (LG) today announced that its Google TVs will be updated with the latest version of the Android 4.2.2 Jelly Bean operating system. Available in the third quarter, the update will enable customers to enjoy more applications, including games that provide a greater level of interactivity and advanced graphics. LG is showcasing its Google TV with the new operating system at the Google I/O developer conference in San Francisco this week.

In addition to boosting overall performance, the latest Jelly Bean update supports the Android Native Development Kit (NDK) so Google TV owners can have the widest, most diverse selection of apps to choose from. Smartphone apps designed using the NDK will run on Google TV with little to no modifications. With NDK compatibility, users can now play more games on a bigger LG Google TV screen. This level of compatibility makes it easier for developers to enter the burgeoning Smart TV app market.

Users will also benefit from LG’s exceptional remote control options, which will make it easier to interact with the vast amount of content available on LG Google TV. In addition to the intuitive functionality of its Magic Remote Qwerty, LG will introduce a free remote control app that can turn any Android smartphone or tablet into a two-handed, touch-sensitive game controller. LG’s new controller app is the ideal control solution for the large number of interactive games set to arrive on the upgraded Google TV platform as it provides a level of control necessary to play more complex games such as football and racing simulations. 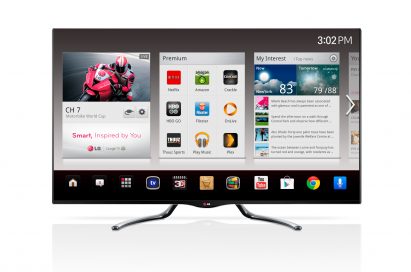